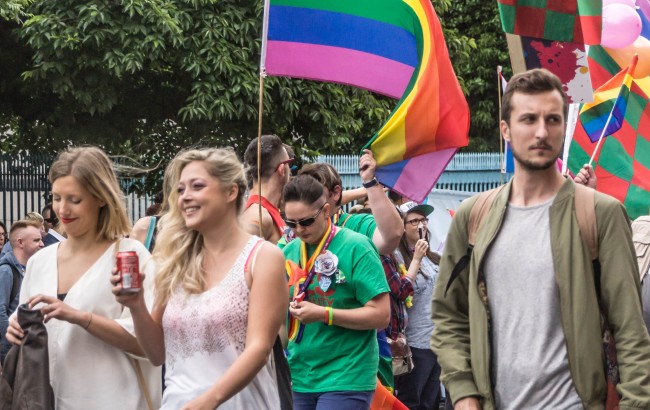 Megachurch Pastor, T.D. Jakes, slammed a Huff Post journalist over his views on LGBTQ rights. While sitting for a live stream interview with Professor Marc Lamont Hill of Moorehouse College, Jakes was asked how his views on same-sex marriage were doing. The pastor responded saying, “Evolved and evolving…” Jakes later claimed the publication misconstrued his words to gain more site traffic with a misleading article title. He further stated that the words ‘evolved’ and/or ‘evolving’ were not about his stance on same-sex marriage, but the approach that the black church has on ministering to a gay audience.

Journalistic integrity is, by far, a trait that any writer worth their words strives to achieve. However, in a time where search engine optimization is often times more important than content and integrity, not all writers follow the same code of ethics. Jakes sat down for an interview regarding his new book, Destiny: Step Into Your Purpose, when Hill steered the interview toward same-sex marriage. The megachurch pastor made a very distinctive statement on how he feels that America is no longer, by design or by circumstance, a Christian nation. The country can not then be expected to function on Christian morals when the U.S. (politically) must address and serve those of conflicting beliefs on an equal scale. Jakes made mention that though he does not support same-sex marriage, he does, however, support the rights of those who do support it.

Although the Huff Post Live interview was supposed to be about the pastor’s new literary venture, the title of the publication’s article caused much upheaval. The author was outraged to find out that the title had been penned to sound like he was supporting same-sex marriage itself rather than supporting an American right for all people. He took to his Facebook page to set the record straight on what his comments were, as well as what they meant. The Destiny writer accused the publication of using “lazy journalistic tactics” to fuel an agenda all their own and increase site traffic with what they knew would be a controversial topic; giving precedence for Jakes having slammed this particular journalist over his misconstrued LGBTQ views and beliefs.

Same-sex marriage has been a hot topic of debate for many since the Supreme Court ruling earlier this year. Many question what pastors and churches are going to do now that all states must recognize the ruling. However, has the ruling caused for churches, specifically the black church, to have to fear for their position on the matter?

Jakes told Hall, “For the record, I do not endorse same-sex marriage, but I respect the rights that this country affords those that disagree with me.” Yet, that is not the sentiment most civilians seem to have when approaching the issue. Fanatics of same-sex marriage (and those who oppose it) can not seem to simply agree to disagree. They tend to feel like they must change the mindset of the opposing side. Jakes, as steadfast in his beliefs as he is, is able to see that although he may not agree, an American right should be just that, for all who are citizens of this country.

Jakes stance on same-sex marriage, the black church, and how the church (overall) should function against a political agenda, may not be popular among the rest of the country, but should not he too have the right to believe what he does respectfully? Jakes made sure to be very clear that although he does not support same-sex marriage himself he does, in fact, support the rights of those who may not agree with him and his Christian belief. Jakes slammed the journalist and the publication over the misconstrued views of the LGBTQ community but wanted for his followers to know exactly where he stood on the issues.

One Response to "TD Jakes Slammed Journalist Over LGBTQ Views"