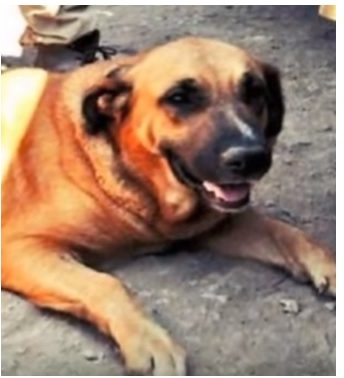 After being abandoned by his mother, a two-year-old child was saved by a neighbor’s pregnant dog which breastfed him. The toddler was spotted feeding on the canine in a poor area in Chile, outside of a mechanic’s workshop. Police were called to the scene and the severely neglected child was taken to the hospital.

According to doctors, the boy was only days away from dying. Reportedly health care workers found him severely malnourished, suffering from lice infestation and a skin infection. As doctors hurried their efforts to save the unnamed child’s life, his drunken mother arrived at the hospital demanding that her son be released. The boy’s father also appeared requesting custody after neighbors alerted him to the situation. Refusing to return the child to a neglectful environment, the hospital instead placed the child into the care of child welfare authorities. Neither parent was arrested because under the Chilean law if the child has no physical injuries the parents are not charged.

This story of the abandoned child angered people across the globe. The pet, whose name is Reina, has been praised while the boy’s mother received harsh criticism for leaving him alone in the desert port of Arica for days without food or water. One person after hearing the story said:

Dogs are absolutely amazing creatures. Their ability to sense danger and need in humans as well as other animals has always impressed me. They are well-known for being surrogate moms. It is really sad that this b**ch cared more for this little boy than his parents.

These pets have long been called, “man’s best friend” because more often than not they have filled a unique role in the life of humanity which no other animal can. They are considered by many to be insightful and loyal with an incredible ability to relate to humans. Despite the fact that all canines are not always friendly, many powerful and inspirational testimonies have been shared by dog owners worldwide.

There have been stories such as how dogs sense when something is wrong, how a missing canine found his or her way home, how they have rescued humans from an adverse situation and how often they have tried to offer comfort to one in need. The furry pets have long been “eyes” for the blind, used to help law enforcement solve crimes, helpful with terminally ill patients and been therapeutic for Alzheimer’s victims. All of these examples and many more validate the old saying that dogs have indeed been a best friend for many pet owners. 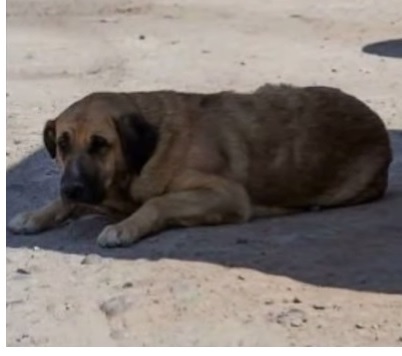 The recent story of a pregnant dog allowing a starving child to receive nourishment in order to stay alive also confirms the claims of many canine lovers. A recent study performed by researchers at Azabu University in Japan supports this claim with findings which are believed to contain the reason behind the timeless bond between canines and mankind. The study suggests that when dogs and humans lock eyes a surge of oxytocin is experienced by both. This hormone is responsible for the love and trust which occurs during maternal bonding.

In order to test this theory, the research team took note as 30 dogs and owners interacted with each other and then performed urine tests on the pets to measure how much oxytocin was produced. The tests revealed that levels of oxytocin spiked higher with owners and dogs who gazed at each other for longer time periods. Researchers are planning further studies to examine why the effect was more vivid in female dogs as opposed to the male species. However, the study found that the longer they stared at each other, the higher oxytocin levels rose.

This could explain why a pregnant dog would breastfeed an abandoned toddler as well as supports the attribution “man’s best friend.” The toddler was left in the desert with no food or drink and was severely malnourished when Reina allowed him to suck from her breasts. It seems there are many things humanity could learn from a dog such as resiliency and their willingness to provide companionship, loyalty and unconditional love to those in need.  Doctors believe the abandoned child was kept alive due to the pregnant canine which breastfed him.

Singapore Seen: Pregnant dog breastfeeds 2-year-old boy to keep him alive after his mother abandons him
Patryn World News: 2 y.o Boy kept alive by pregnant DOG who FED him with her milk after mother left him in Chile
Salon: Science finally explains the real reason dogs are man’s best friend