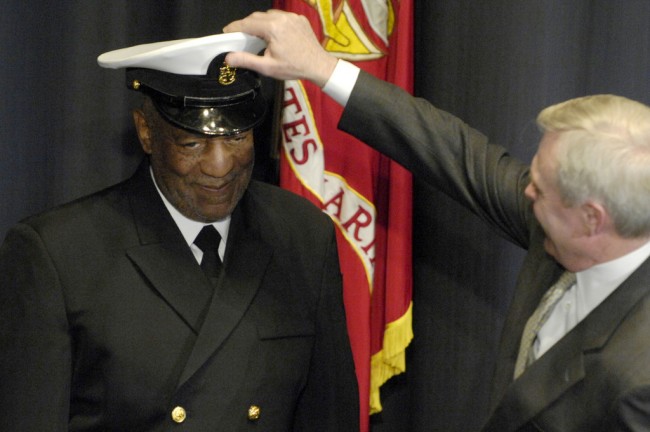 Recently, a number of educational institutions have cut ties with embattled former television patriarch Bill Cosby. The well-known figure has been alleged to have drugged and sexually violated close to 50 women over an undisclosed period of time. The allegations have left Cosby’s honor and public image dented, and some observers have said his reputation might not even be saved by a jury if he should ever be tried for these accusations.

Muhlenberg College in Allentown, Pennsylvania, has become one of the recent institutions to cut ties with the stand-up comedian. The college rescinded an honorary degree it awarded to the embattled entertainer in 1995. On Oct. 27, 2015, the board of trustees for the colleges announced in an email to staff, students, and other colleges that Cosby’s recent accusations of drugging as well as sexually assaulting a number of women has necessitated the decision to revoke the “Doctor of Human Letters” it conferred to him.

Richard C. Christ Jr., chair of the board, said, “Substantial and credible information that was unavailable in 1995 has come to light.” He also added that his honorary degree was rescinded because the actor failed to live up to the image of a good role model. However, the college refused to comment on what happens when Cosby is absolved by a jury if these allegations are tested in a court of law. Christ Jr. insisted that the accusations against the 77-year-old actor violate the “Ethics, character, and highest aspirations of Muhlenberg College and the community.”

A recent interview, which was carried out by Vulture, has also made many believe that the actor’s honor has been dented beyond repair. Harvey DuMarce, president of Sisseton Wahpeton College, South Dakota, is of the view that the comedian has become a nonentity. DuMarce was quoted as saying, “Bill Cosby is a national figure that was once seen on television in the 1980s,” before concluding that “he is no longer of importance in our lives considering the despicable allegations.” Meanwhile, MassLive.com, in a recent editorial, wrote, “Cosby’s celebrity status does not soften or mitigate the nature of allegations he faces.” The tabloid also stated that the legendary comedian’s actions are not funny and should be taken seriously.

Judd Apatow, screenwriter and producer of The 40-Year-Old Virgin, and recently, Trainwreck, has remained an avid critic of Cosby. On several platforms, Apatow has reminded his audience that Cosby is “an evil person,” who has taken advantage of his victims because of his high social standing as “almost nobody has spoken against him.” Apatow also told USA TODAY of the need to stand by the victims and believe their story so as to stop the cycle of abuse. It is thus fair to assume that Cosby’s honor has been severely dented and might not even be redeemed by a jury trial.

However, Cosby has had a number of people supporting him. One fan tweeted, “Why has Bill been tried and convicted in the media?” This lends support to Cosby’s denials of the allegations, as he maintains that he has been framed by the women who want to tarnish his public image. Malcolm-Jamal Warner and Keisha Knight Pulliam, who once shared the stage with the iconic figure, have also defended the disgraced actor. They both feel the comedian’s legacy has been undermined due to “negative stereotypes of people of color,” adding that the recent fallout of the legendary stand-up comedian with educational institutions is spurred by “sinister” forces, which wish to denigrate the achievements made by black people.

Muhlenberg is not the only college which has rescinded an honorary degree awarded to the national icon. Recently, Lehigh University in Bethlehem, Franklin & Marshall College in Lancashire, and Wilkes University rescinded the honorary degrees they bestowed on the well-known comedian. Certainly, Cosby’s honor has been dented, and judging by the wrath the allegations have caused, he might not even be saved by the jury if the criminal allegations are brought before the courts. The video below shows 27 women who have accused the actor of sexual assault.