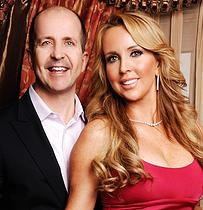 October is recognized as National Domestic Violence Awareness Month and for many the only time it ever comes to mind, yet domestic violence is alive and well around the world. It really thrives when people are silent, but if bystanders would take a stand and join with victims to bring awareness it would definitely lessen the strength of this violent crime.  A Los Angeles-based organization named Face Forward recognizes the pain victims endure, inside and out, and has a mission which includes providing free plastic surgery to domestic violence victims.

It seems society feels safer as long as they think domestic violence is happening somewhere else and to someone else. The truth is, it occurs in every neighborhood and within many families regardless of ethnicity, age, race, economic status or sexual orientation. Abusers are more often recognized as males, but many times women fall into the offense category as well.

Face Forward, founded by Deborah Alessi and her plastic surgeon husband Dr. David Alessi, is an organization which has helped numerous victims by performing pro-bono procedures that are often extensive and expensive. These procedures can cost of up to $200,000 with many patients having to endure multiple surgeries. Face Forward has a few requirements prior to performing any procedures such as patients must get out of their abusive relationship or violent situation, commit to psychological therapy and finally, all patients must volunteer to help other abuse victims or women trapped in violent lives. Mrs. Alessi, also a former victim, said:

There is no point in fixing somebody’s face and having them go back the next week to the bruiser.

Face Forward has committed to providing free plastic surgery to victims of domestic violence. The organization was not created simply to correct the physical damage caused by this aggressive behavior, but to help people heal and restore their emotional health. Simply stated, the organization wants to help victims create a better future. The company boasts of the many patients who have in turn become founders of their own organizations, as well as international motivational speakers, domestic abuse advocates and more. Face Forward takes pride in helping patients establish a new beginning and find a new face in the process.

The organization was established in 2007 to provide pro-bono physical and emotional reconstruction for battered women and children victimized by domestic violence. It is supported by private donations which benefit victims through education and rehabilitation, but the awareness raised along the way continues to put a lifelong dent in domestic violence.

Mrs. Alessi, the CEO of Face Forward, received an advanced degree in business management from Glasgow University and said she will not rest until the organization puts the brakes on domestic violence. Her husband, Dr. Alessi, has established a world-class practice which specializes in both facial plastic reconstructive surgery and head and neck disorders. He is board-certified by the American Board Otolaryngology/Head and Neck Surgery and the American Board of Facial Plastic Surgery. As a team, the couple works diligently to get survivors back into society as productive individuals.

The unfortunate reality is, so many people know someone who has been affected by domestic violence. This crime of abuse impacts one in four women in the USA and reportedly each day, at least three women die because of it. This month is a time to mourn those who have lost their lives, celebrate those who have survived, and raise awareness so society can work together and join the efforts to end violence.

Face Forward is doing its part by providing free plastic surgery to domestic violence victims, but there is so much more to be done. Do not allow the concern for this suffering community to end with the month of October, instead continue to sound the alarm so that victims can become survivors who are redeemed from abuse to live a life that thrives. Get connected by contacting Face Forward on the organization’s website (www.faceforwardla.org) or by phone at (310) 657-2253. There are also local organizations in most communities which offer opportunities to support the mission of ending this all-too-common crime.