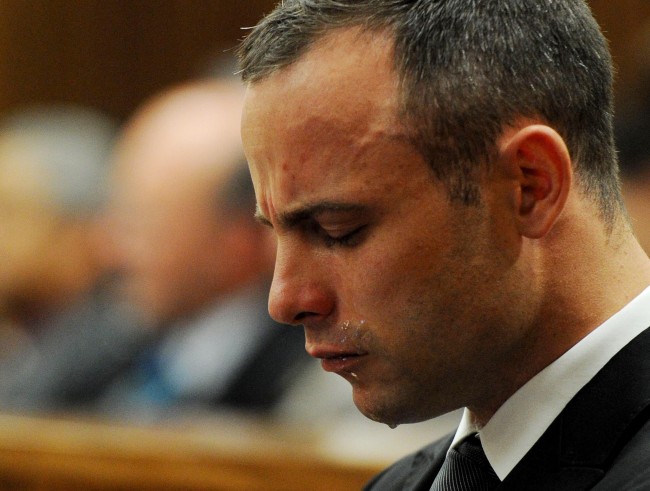 Former Olympian and double-amputee Oscar Pistorius has been released to house arrest from a South African prison on Monday, Oct. 19, 2015. His release comes a day earlier than expected and Pistorius’ prison sentence was less than one year of incarceration for shooting and killing his girlfriend, Reeva Steenkamp, in 2013. In Sept. 2014, the Paralympian, who is also known as the Blade Runner, was found guilty of culpable homicide, which is a charge equivalent to manslaughter in the United States, after shooting Steenkamp through a locked bathroom door because he claimed he mistook her for an intruder. He was sentenced to five years for his crime.

Pistorius’ lawyers successfully argued that he should be released on house arrest after serving a year of his five-year jail sentence for killing Steenkamp. He was released from the Kgosi Mampuru II Correctional Centre in South Africa, where he has been imprisoned since being found culpable for the former model and law graduate’s death on Valentine’s Day in 2013. According to Daily Mail, the 28-year-old track star has spent the last 11 months and up to 23 hours a day in virtual isolation on the prison’s hospital wing.

The former Olympian was released to his uncle’s estate in Pretoria, where he is expected to remain on house arrest for the rest of his five-year sentence. The trial of the double-amputee track star took the world by storm and made worldwide headlines for months. It also cast an international spotlight on South Africa and its justice system.

However, it is important to note that Pistorius’ legal troubles are not over. In addition to his house arrest and probation terms, which should be confirmed by week’s end, prosecutors have lodged an appeal against the verdict in Pistorius’ case, which is set to be heard by the Supreme Court on November 3. The state will argue that the trial judge ignored vital evidence and misinterpreted parts of the law. If they are successful, there could be a upcharge to the original verdict and a minimum sentence of 15 years in prison.

Stay tuned to Guardian Liberty Voice as more information is made available.