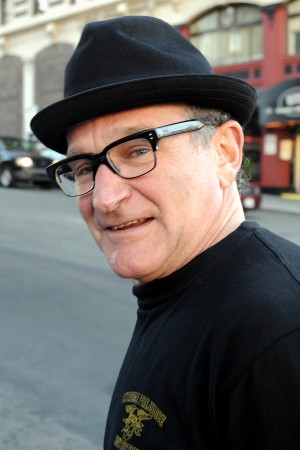 Although since the passing of Robin Williams, his family has been in a debate over his estate, on Oct. 2, 2015, the family feud was settled out of court. Williams’ wife, and stepmother to his children, Susan, dropped her petition and ended the dispute. Susan told People that “[She] can live in peace knowing that [her] husband’s wishes were honored.” Meredith Bushnell, the attorney for Zelda, 25; Zachary, 31; and Cody Williams, 23, told People that the children are happy to have this ordeal behind them.

Cody and Zelda are the children of the actor’s second wife, Marsha Graces. Zachary was born from his first wife, Valerie Velardi. According to Forbes, court documents revealed that the actor’s wishes were that his children would gain any proceeds from his career, his life insurance, a piece of property in Napa worth $25.9 million, all liquid assets, and some valuable items their father owned.

The LA Times reported that the debate over Williams’ estate began in December 2014, when Susan complained that she was unable to financially maintain the home the couple shared in Tiburon, California. Once Susan said she needed more money, Williams’ belongings became part of the dispute. Items such as family pictures, awards, his bicycle collection, and watches were also in dispute.

Susan stated in court documents that the trustees of the estate had determined the value of the property as well as the costs required to maintain the home; expenses which she would be responsible for paying. How the expenses were determined were not included in the court documents submitted.

The children were upset when their stepmother chose to challenge the will, which included the wishes Williams had thoughtfully drawn out for his estate. Even though the settlement terms are confidential, Susan’s lawyers said she was awarded the personal, sentimental items she requested, such as the couple’s wedding gifts, some items of clothing, the watch Williams often wore, and a bike the two purchased on their honeymoon.

The famed actor’s children were granted most of the items they desired. This included, but was not limited to, their father’s extensive bicycle collection, more than 85 watches, and thousands of items that were not disputed, such as his Academy Award.

The Oscar-winner’s estate is worth over $100 million. Susan will gain a fraction of this, which includes the necessary funds for her and her two sons to remain in the home for the remainder of her life, which the SF Gate reported was per the actor’s wish. After Susan’s passing, the children will inherit the home.

Judge Andrew Cheng told the Williams family to settle their feud by June 1. Later, however, he granted an extension to July 29. Regardless, an agreement was not reached and the family feud began to heat up. Accusations were made that Susan had taken money and items from the estate.

Lawyers for the children filed papers on Aug. 14, stating the third wife of the actor was making an attempt to increase her financial status at the children’s expense. Zachary, Zelda, and Cody had been feuding with Susan concerning some 300 sentimental items, so the court split the items among those involved; a solution deemed appropriate by the judge.

At the age of 63, Williams chose to end his life on Aug. 10, 2014. In the past, he had struggled with an alcohol and cocaine addiction, however, the toxicology report revealed that his system was clean. However, the coroner said that the brain showed he had progressive dementia.

According to the lawyers for both sides, the Williams family seemed happy with the court’s decision. The feud has finally been settled.