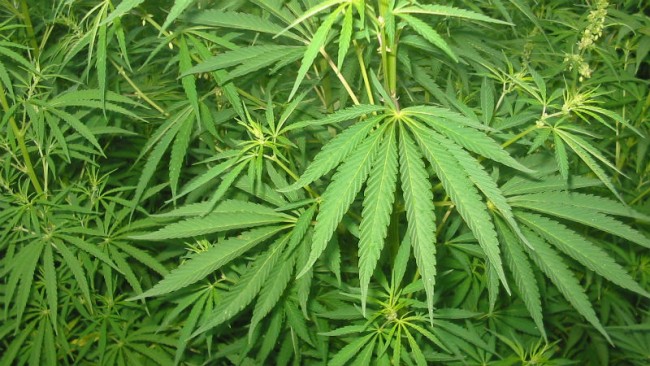 The state of New York, already known as the worst state to live for taxpayers has found yet another way to scoop more dollars from taxpayers. Governor Andrew Cuomo is pushing to allow New York patient’s the ability to use medical marijuana, but not before the state adds a tax, and of course, expensive regulations. The fight now seems to be if the Federal Government will stand in the way. Both Cuomo and Senator Rand Paul see legalization as a states rights issue. Presidential hopeful Paul has long advocated for states that have favorable laws towards marijuana usage, to be protected from the Federal Government overreach in prosecuting those using lawful marijuana.

Paul’s stance appears to be more about states’ rights issues and putting the feds in check for jailing users for long periods, an argument that is gaining steam throughout the country as more and more advocates push for legalization. More Democrats, such as Cuomo, favor legalization than Republicans, but the gap is closing. Some 46 percent of Americans support legalization of marijuana for any reason. At least four states have passed legislation allowing recreational use but five times that number have laws allowing for medical use.

Cuomo has taken a different approach, appealing to those who are desperate for relief from health-related issues. Cuomo’s plan includes picking winners and losers, allowing only five manufacturers and 20 dispensaries across his state. No doubt the new legal business will suffer big government oversight and stifle any possible competition in the market. Severe controls, regulation, and taxation will increase cost exponentially and with the Federal Government opposed to legalization, it is unlikely that the Affordable Care Act (Obamacare) will cover any marijuana prescriptions in the near future.

Close to a majority of Americans are warming up to the idea of legalization making the political conversation less risky for candidates. The debate is sure to have a dominance as the 2016 elections approach. Some candidates, like Cuomo, will appeal to those suffering health issues and some candidates, like Paul will argue unreasonable penalties in sentencing users. For now pushing marijuana as a states rights issue seems to be gaining ground regardless of the Federal Governments opposition. One thing is clear, the issue will not go away no matter how the debate is presented.

The regulations surrounding marijuana usage can leave one’s head spinning. States such as Colorado may offer some insight as to why legalization may not be the best answer for medical or recreational use when it comes to proponents’ pocketbooks. For medical marijuana, one must apply for a “red card” from a qualified doctor. The application must be sent to the Colorado Department of Public Health and Environment (CDPHE) along with a monetary fee, and copy of a government issued ID. The CDPHE is responsible for maintaining patient records. Personal information is kept confidential as with all medical records, but law enforcement can access records when seeking verification of red cards. Caregivers or facilities must register their “grows” with the Colorado Department of Revenue, Medical Marijuana Enforcement Division, and track patients registry numbers. The number of plants and the number of plants with flowers one can have in their possession is regulated, as is the amount of “usable product” which includes: seeds, leaves, buds, and flowers of the plant, cannabis, or mixture of any of these. Excluded are the plant’s stalks, stems, and roots. Weight count is limited to two ounces but with a doctor’s recommendation that could change. Not yet mentioned is the taxation amounts. Medical marijuana is subject to the usual state and local taxes, but recreational weed carries an additional excise tax of 15 percent, making recreational marijuana taxed at a whopping 28 percent. Certain local governments can ban retail outlets. With each state imposing different regulations, it could become difficult to understand what is and what is not legal in the world of cannabis consumption and its costs. For instance, in New York, Cuomo has levied a seven percent excise tax on medical cannabis.

It is hard to believe so many are pushing to legalize a product that is readily available and consumed without these regulations or taxation. Big government has found yet another revenue source by way of taxes, and lucky for them, the advocates for legalization are making it easy to collect. While Andrew Cuomo uses compassion for the sick, Rand Paul uses injustice and unfair punishments, both positions have reasonable merit and political acceptance as state issues. But make no mistake, both open the door to massive regulation and taxation leading to price increases. It stands to reason many will continue to break the law when it comes to consuming pot just to avoid the government red tape and cost of making the substance legal.