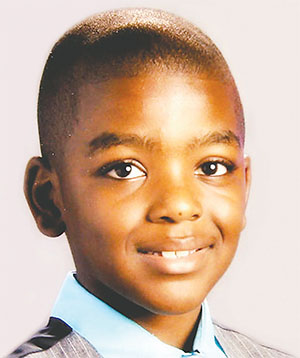 Tyshawn Lee was laid to rest on Tuesday, Nov. 10, 2015, in a Chicago community already too familiar with funerals after decades of eulogizing young black men. This funeral, however, caused the Auburn-Gresham neighborhood, located in Chicago’s South Side, to come to a halt. This young black man, murdered as a result of gang warfare, was nine years old. This young black man was lured into an alley and shot in the face and in the back multiple times. This young black man’s death has shocked Auburn-Gresham and the whole of Chicago’s stoic South Side, prompting pleas from the founding members of two violent street gangs to “stop the killing” and leaving a city wondering if killing kids will become a new norm for gangs.

Tyshawn was shot and killed on Nov. 2, during a crime described by Chicago Police Superintendent Garry McCarthy as “probably the most abhorrent, cowardly, unfathomable crime” that he has seen in his 35-year policing career. Wearing his school uniform at around 4:15 p.m., the basketball-loving fourth grader at Scott Joplin School was lured into an alley located close to his grandmother’s home, where he was fatally shot in the back and in the head. Found near his lifeless body was the basketball he frequently carried.

The Chicago Tribune cites sources who say that warring sects of the Black P. Stones and the Gangster Disciples, two of the oldest gangs in this city, are responsible for the violence which killed Tyshawn. It is believed that the little boy was targeted by the Black P. Stones’ Terror Dome faction because his 25-year-old father is allegedly a member of the Killa Ward faction of the rival Gangster Disciples. Police believe the dispute is also responsible for violence last month, in which a teenage woman was murdered and a member of Killa Ward was wounded after the murder of a Terror Dome member and the wounding of his mother. Meanwhile, the reward for information leading to the arrest of Tyshawn’s killer has grown to around $35,000.

According to McCarthy, Tyshawn’s father, Pierre Stokes, is a gang member and had been involved in a disagreement with a rival gang. Stokes, a convicted felon, is not cooperating with the investigation into his son’s murder, but did tell NBC Chicago that he is “not the gang banger type.”

Kirk McKinney, a 44-year resident of the neighborhood, told CNN that Tyshawn’s death “caught everyone off guard….I’ve never seen anything this violent since I have been here. Never.” As a resident of Chicago, McKinney has seen his share of violence. According to police, 2,500 people have been shot in Chicago this year, and over 390 have been killed. In a neighborhood where gang violence centers around the staking of claims to sell drugs on a gang’s own turf, it is not uncommon for innocent bystanders to become victims of the violence. Residents of Chicago, however, point to 9-year-old Tyshawn’s murder as a tragic and shocking foray into what they wonder has become a new norm for gangs.

Rev. Michael Pfleger, who presided over Tyshawn’s funeral at Saint Sabina Church, fears the implications of the murder of this boy, who loved video games and sports. He spoke to CNN, saying that the unwritten code on the streets used to be that if a child was murdered on the street, whether by a gang member or not, the killer would have “to be worried about themselves not being killed” on the street or in prison, “because these are things you just don’t do.” He fears that the code has been lifted, leaving “no boundaries.”

After a visit to the U.S. Penitentiary Florence ADMAX, located in Colorado, Rep. Bobby Rush, D-Ill., carried a message from the founders of the Black P. Stone Nation and the Gangster Disciples street gangs, who are currently incarcerated in the prison. Speaking to WLS, Rush quoted the men as saying, “Use my name. Tell those youngsters to stop the killing.”

Mourners occupied every pew at the church, keeping vigil over 9-year-old Tyshawn’s child-sized coffin, which was bedecked with flowers and book-ended by two large photos of the boy. Rev. Michael Pfleger addressed the grieving crowd, saying, “Tyshawn was doing what every child has a right to do: be a child.” He added that the 9-year-old, like all other children in Chicago, “have a right to walk our streets….to play in the park…..to sit on their porch,” and, ultimately, “to be safe wherever they are in the city of Chicago,” whose residents are wondering if the murder of children has become the new norm for gangs.