Chipotle Mexican Grill to Reopen After the Food Poisoning Outbreak 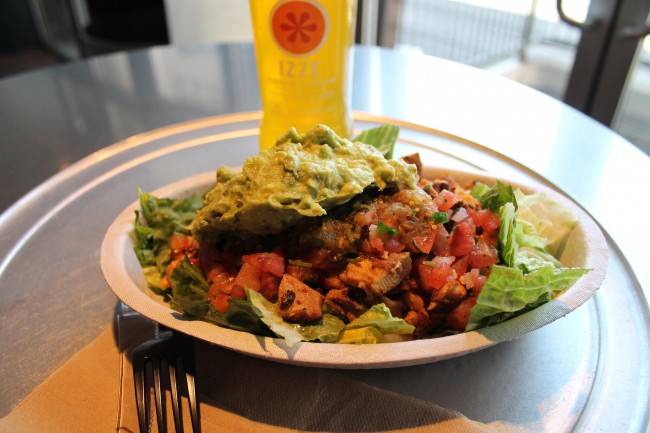 Chipotle Mexican Grill (NYSE: CMG) is set to reopen all 43 restaurants in Washington and Oregon, which were closed after battling the food poisoning outbreak that was linked to 11 of its food outlets on Oct. 31, 2015. It is believed 40 people were reported sick after being eating Chipotle food. According to health officials, Chipotle has taken mandatory and necessary steps to eradicate the E. coli bacteria at the affected outlets and will commit itself to curtail such risk in the future. However, market analysts are of the view that the recent slump in CMG stock might be closely linked to the sanitary problems faced by the corporation and could scare away potential investors.

Steve Ells, chairman and co-CEO of CMG, in a press statement, conveyed “deepest sympathies” to all the customers who were affected by the food poisoning outbreak. He went on to stress that the corporation will strive to maintain high hygienic standards that will boost “customers’ confidence in eating at Chipotle.” This will entail changing the way the corporation handles and outsources food from the farms to their restaurants. To this end, the outlets will use fresh ingredients as a way to “sanitize” the image of the food company. Ells was also reported as saying CMG’s voluntary closure of other restaurants was “out of an abundance of caution,” aimed at buttressing consumer confidence in Chipotle’s brand.

Oregon Health Authority, who earlier had confirmed three cases of food poisoning in Oregon and 19 in Washington, said over 900 test samples taken from Chipotle’s restaurants showed no evidence of E. coli bacteria. Speaking on Nov. 9, 2015, the sanitary authorities confirmed that the tests were conducted not only on food but also restaurants surfaces and equipment. The officials are also quoted in StreetInsider as saying, Chipotle was actively involved in trying to eradicate the E. coli bacteria by embracing a number of hygienic steps and food safety rules. An independent investigation conducted by Food and Drug Administration officials revealed that Chipotle went out of its way to replace “all ingredients” that were in use prior to the food poisoning outbreak. The food company also conducted nationwide deep cleaning and sanitation of its 2000 restaurants. The employees were also medically examined to see if they were infected by the virulent bacteria. All these efforts prompted officials to give the green light to Chipotle Mexican Grill to reopen all the closed outlets after battling the food poisoning outbreak, which, fortunately, left no fatalities.

However, Fox Business has thrown caution to the wind saying the reopening of Chipotle Mexican Grill after battling the food poisoning outbreak, might have dented investor confidence. The tabloid reports that CMG stock has taken a 20 percent tumble after the food bacterial outbreak. It is believed the investors fear a recurrence of the same problem in the “coming future.” Nonetheless, the management of CMG is determined to bring a smile back on all customers. It believes the recent health setback will not define the future of the food corporation, which embraces a diversified approach to Mexican food. According to recent reports, the burrito chain will continue using organic ingredients and antibiotic-free meat to prepare food in all its outlets.