ExxonMobil Is Caught in a Crossfire Potentially Started by Themselves 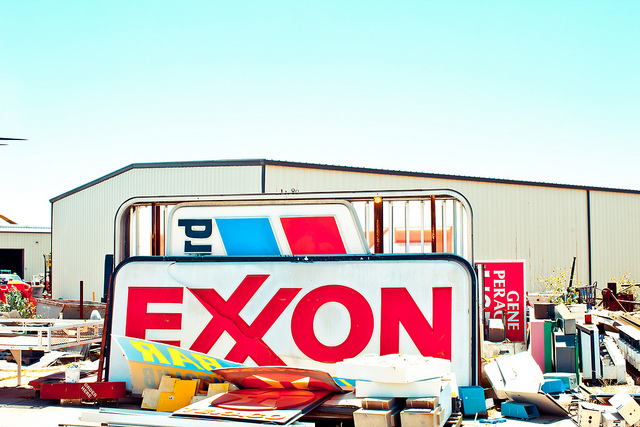 Climate change has been a hotly debated topic for several years, and although ExxonMobil may have had some insight to the validity of global warming, its public statements have not traditionally lined up with their research findings. A Fox News report released on Nov. 9, 2015, sheds light on the possible crossfire ExxonMobil may be caught in as a result of their climate change studies started several years ago. The investigation, led by New York Attorney General, Eric Schneiderman, is the result of conflicting statements made by the oil giant about the possible effects of burning fossil fuels. Schneiderman has subpoenaed Exxon as a consequence of those public statements.

Authorities claim the probe is to prove ExxonMobil intentionally misled the public regarding their global warming research findings. However, critics of the recent move by the Attorney General argue that the real motive is to bully oil and gas companies into remaining silent. Supposedly, executives of the oil giant were aware how their products adversely affected the planet. The problem, however, is the fact that they have failed to share those findings with shareholders or the general public. A recent collaboration between PBS and Inside Climate News uncovered a pile of documents dated as early as 1977.

The reports indicate Exxon was aware the combustion of fossil fuels were responsible for increasing carbon dioxide in the atmosphere. However, up until recently, Exxon financially supported campaigns and research that shed doubt on the consensus of the scientific community regarding the source of climate change. This may have created the crossfire potentially started by ExxonMobil concerning how they chose to handle financial decisions and information given to shareholders. If the subpoena leads to the discovery of misleading documents, the company could be charged with deception based on The Martin Act.

The Martin Act became law in New York in 1921. The law gives exceptional powers to the attorney general to fight financial fraud. As reported by Bloomberg, it had been used to collect billions from mutual funds, banks, and insurance companies when federal officials failed to act. It can be argued that Schneiderman may be using the excessive powers of the law for political gain, however at present, the law makes full discretion available to him. Nevertheless, there are a few specifics that New York has to prove.

The subpoena is requesting a wealth of documents and information on research related to the cause and effect of climate change, and how that information was used to make vital business decisions. According to the law, the state has to locate false or misleading statements or omissions from acknowledgements concerning costs related to global warming. It is important to note that the actual documents used to make some critical business decisions, allegedly, may end up being the doorway into the crossfire ExxonMobil has potentially set up for themselves.

Companies will do as much as possible to control or refrain from risk. Therefore, a settlement with ExxonMobil is the likely outcome should Schneiderman uncover enough evidence to bring a lawsuit.