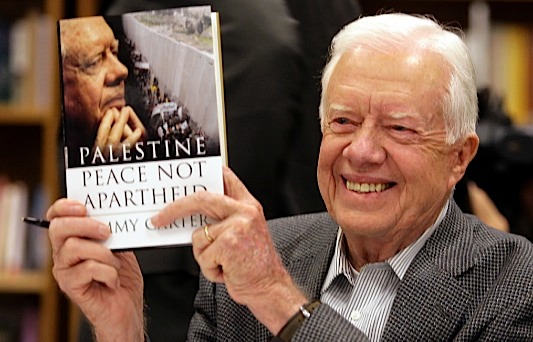 Former President Jimmy Carter, the 39th President of the United States, has received a promising health update from his doctors. The 91-year-old statesman and noted humanitarian announced in August 2015, that he had been diagnosed with melanoma, which had metastasized (spread) to his liver and brain. According to the statement released on Tuesday, November 10, by the Carter Center in Atlanta, Georgia, the one-time world leader’s cancer has stopped spreading and is “responding well to treatment.” When he revealed his diagnosis to the public in August, the respected politician was given weeks to live. However, the resilient Southern gentleman has defied the odds and amazed his doctors with his progress.

Atlanta, Ga. plays a significant role in the former president’s life. It is the location of the Carter Center, which is the not-for-profit, humanitarian organization established by the statesman and his wife, Rosalynn, in 1982, following his single term in the White House. Moreover, it is also the site of the Jimmy Carter Presidential Library. Furthermore, the 2002 Nobel Peace Prize winner is receiving his treatment at Emory University’s Winship Cancer Institute, which is also located in Atlanta. After all, Georgia is the one-term president’s home state. He was born in Plains, Ga. on Oct. 1, 1924, and still resides there with his wife of nearly 70 years. Additionally, the former U.S. President also served as governor of Georgia from 1971 to 1975. 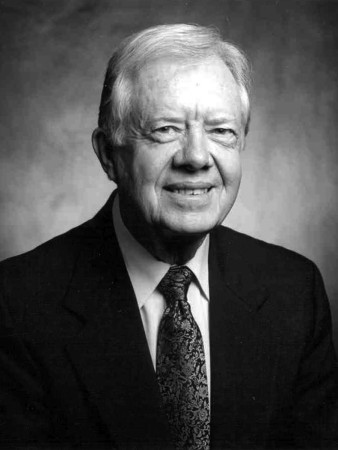 In the wake of Jimmy Carter receiving a promising health update, the former Navy man was told by his doctors in Atlanta there was no evidence his liver and brain cancers had spread any further. Moreover, he was reported as responding well to treatment for melanoma. While medical experts are quick to point out he is not in remission or cancer-free, the report was the best possible news he could have received. There is no further cancer growth or additional metastases, he is responding to treatment, and his condition is not getting worse. Therefore, all parties involved are optimistic. This is quite a departure from three months ago when the former governor of Georgia received his diagnosis and was led to believe he had only a short time to live.

Carter, who served as President of the United States from 1977 to 1981, has been one of the most active and well-regarded former presidents in U.S. history. He has established himself as a best-selling author, successfully negotiated freedom for U.S. hostages in North Korea, and founded the Carter Center, for which he received the 2002 Nobel Peace Prize in connection to their humanitarian efforts. Moreover, while undergoing cancer treatment, the indefatigable peanut farmer has continued to help build homes for poor communities.

With recent tests showing there is no evidence of new malignancy or tumors as well as his liver, brain, and melanoma cancers responding well to treatment, the former U.S. President has placed his fate in the hands of the Creator as further tests will continue. In the wake of Jimmy Carter’s promising health update, the well-respected statesman and humanitarian has stated he is ready for whatever comes next. When questioned about his fate at the time of his diagnosis, Carter said, “I have had a wonderful life,” he then stated, “I’m ready for anything and I’m looking forward to a new adventure,” according to CNN Politics.