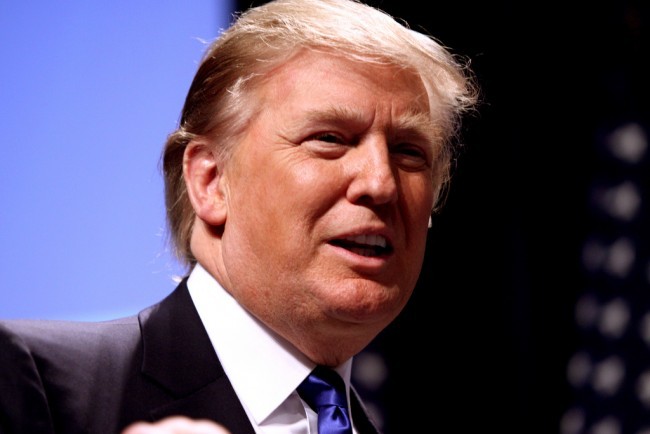 Donald Trump opens official campaign office in Las Vegas. The grand opening held on Sunday, November, 22, drew nearly a thousand attendees. An impressive turnout considering the candidate himself wasn’t there. Especially since his opponents draw a small fraction of that size crowd with in-person events. The new Las Vegas office maintained a full house of supporters throughout the day. The GOP presidential candidate continues to enjoy front-runner status in Nevada.

The Silver state is fourth in line to hold nominations for the office of the president. In a CNN poll released on October 14, 2015, Trump came in at 38% beating all other Republican candidates by double digits. The poll concluded that with likely caucus participants who have made up their minds he receives 53% of those polled. On the economy he comes in at 67% and when it comes changing Washington, he scores 60%. A whopping 47%, almost half, believe Trump is the best candidate to win the 2016 General election.

Trump’s popularity with Nevada voters is the polar opposite from top elected officials such as the state’s Lt. Governor, Mark Hutchison, Senate majority leader Michael Roberson, and former Governor Robert List, who have all endorsed Marco Rubio. Congressman Mark Amodei and Senator Dean Heller have both endorsed Jeb Bush. The endorsements from top officials have had little impact on Nevada voters who will ultimately decide the winner.

Claims of winning the Hispanic vote has become a reality in Nevada which is the first state in the nominating process with a large Hispanic population. In a poll conducted by One America News Network, Trump is winning with Hispanics.

The campaigns Las Vegas office is located in Clark County at 5125 West Oquendo Road, Unit 9 Las Vegas, NV 89118. Clark is the largest county in the state, and home to the majority of Nevada voters. The grand opening was advertised on social media outlets by Nevada State Director, Charles Munoz. Supporters were invited to drop by for campaign materials and learn how to get involved in the campaign. The southern Nevada location will provide an organized campaign for the front runner’s supporters.