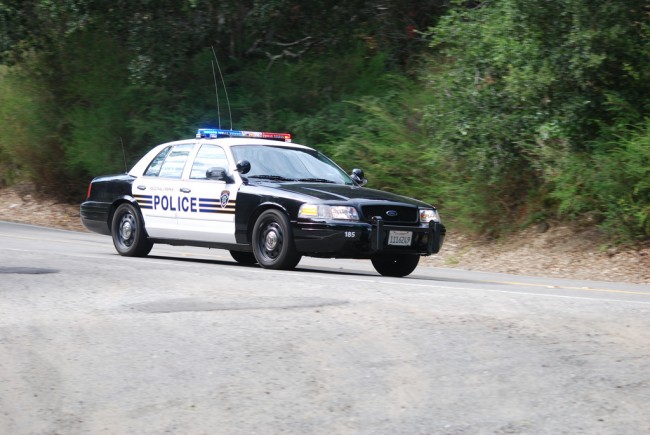 On Wednesday, Dec. 2, 2015, a mass shooting, which began a little after 11:00 a.m. PST, occurred when three gunmen entered the Inland Regional Center in San Bernardino, Calif., and opened fire. The shooters were wearing masks and body armor and they were heavily armed. There have been 14 confirmed dead and at least 17 wounded. Some of the victims are in critical condition, but have been stabilized.

After the shooting, the three men are suspected to have fled in a dark-colored SUV. Police later surrounded a dark SUV. The three men in the vehicle fired on police. and one person rolled out of the vehicle and is now on the run. One of the people in the SUV has been killed and the other is injured, but is holding a weapon inside the vehicle. Police are approaching with caution at this time due to the possibility of explosives inside the SUV, which is being examined by a tactical bomb unit.

At 3:50 p.m., this remains an active scene. Police were not injured in the engagement with the SUV, which occurred two miles from the shooting. Schools and offices are on lockdown and people are being told to shelter in place even now. There has not been any word at this time if the three gunmen planned out this act on their own or if there are more people involved.

Police are searching through a local neighborhood for the gunman that fled. They are moving house to house with guns at the ready. They have returned to a church twice. and they are remaining in groups.

The police chief will update the press this evening. Currently, the police are stating they do not have any answers and the neighborhood is still an active scene. Armored SWAT vehicles have been moving through the neighborhood. As the sun sets, police are setting up a perimeter in order to hopefully close in on the suspect. People have been told to be vigilant and instructed that if anyone sees anything suspicious, they need to call the police.

A “code yellow” bomb threat was called into the hospital where most of the wounded were taken. Two hours later, the bomb threat has been lifted, but there are still policemen where the families enter the hospital.

There is the worry that the shooter could have gained access to a home and taken a possible hostage or may do so once cornered by police. Aircraft that can sense heat and movement, as well as dogs, are arriving to assist in the search.

There is still a suspected gunman at large. The neighborhood is still considered an active scene. There is a theory that one of the shooters had a grudge against someone who was meeting inside the Inland Regional Center. However, that is only a theory and has not been confirmed.

It is not believed this incident is related to international terrorism. The shooters were not repeating phrases that would connect them with a terrorist group. Also, no one has taken credit for the mass shooting. There is the question, however, as to why three people came together and decided to approach the Inland Regional Center to kill a massive number of people.

Authorities have said this is the worst mass shooting since December 2012, when 20 first-graders and staff were killed at Sandy Hook Elementary School in Newtown, Connecticut.

Be advised there will be a press conference given by the sheriff and chief of police shortly. Check back with Guardian Liberty Voice for more information as it is available.