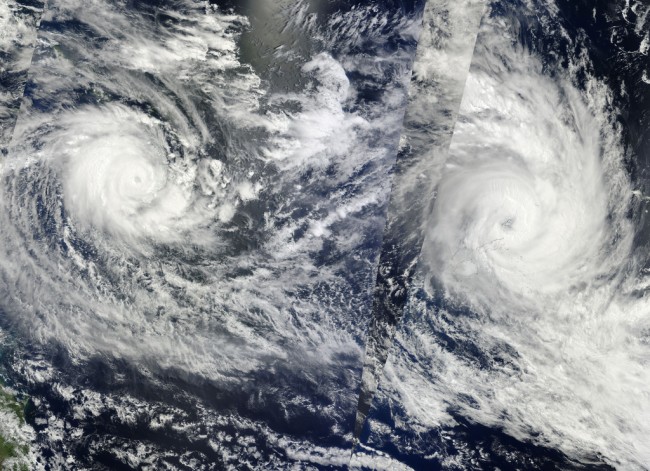 The tropical cyclone is crossing the Pilbara coast, east of Pardoo. The warning zone, includes Bidyadanga to Port Hedland, however, it does not include South Hedland or Port Hedland. The warning also includes inland parts of east Pilbara, such as Marble Bar, Cotton Creek, Nullagine, and Telfer.

The watch zone is empty at this time. The zone that has been canceled includes Broome to Bidyadanga and Port Hedland to Whim Creek.

Tropical Cyclone Stan was upgraded to a category 2 because it has reached winds of 100 km per hour at the center and gusts up to 140 km an hour. It is moving at 20 km an hour. The cyclone has touched down on land in east Pilbara and nearby areas Sunday as Stan moves inland it will slowly weaken.

Hazards include gales with gusts to 100 km an hour will be likely on the coast and areas nearby Bidyadanga and Port Hedland. These gusts will increase to destructive winds of 150 miles per hour at the center of the cyclone.

Residents in the areas between Pardoo and Bidyadanga are warned of potentially very dangerous storm tide as the cyclone crosses the coast Sunday morning. Tides will likely to rise substantially above the high tide mark with damaging waves and dangerous flooding. Over the next few hours, the storm tide risk will not be as high.

Expect heavy rainfall in parts of Pilbara and far western Kimberley, extending inland as the cyclone moves southwards Sunday. A Flood Watch is in place for Gascoyne, Pilbara, and the Interior Districts. A Flood Warning is in effect for the Pilbara Coastal Rivers, De Grey River Catchment, and the Fortescue River Catchment.

The recommended actions to take in the Red Alert areas is to head for shelter immediately. Yellow Alert areas are to take action to be prepared to go to a shelter. Blue Alert areas need to prepare for the weather and put together an emergency first aid kit that needs to include a flashlight, portable radio, batteries, food and water.

A new alert will be issued by 6 a.m. AWST, Sunday, Jan. 31, 2016 and Guardian Liberty Voice will post an update once the new alert has been issued.