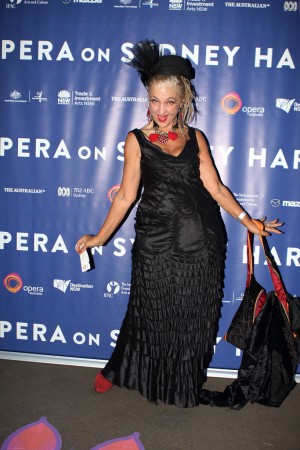 Lindt has announced it has a new partnership with the 73rd Annual Golden Globe Awards, which will be aired, Jan. 10, 2016. Lindt will be the Official Chocolate Confectionary of the grand event that celebrates the best in television and movies. Their plan is to create “premium chocolate moments” for those attending the awards, as well as the home audience.

There will be special experiences offered in the Golden Lounge during the event and at The Weinstein Company – Netflix After Party. Master Chocolatier, Dimo Simatos will be creating a replica of the Golden Globe Award. People reported that the golden chocolate award will weigh 25 pounds, use 120 premium dark chocolate bars, and take 14 hours to create. Simatos says carving the details into the sculpture will require an expert understanding of how chocolate melts.

Simatos explained to People that to create the award, he will first melt Lindt chocolate and cool it through a technique called tempering before pouring the liquid chocolate into molds. Once it is cooled, he will use metal and polycarbonate molds in the shape of rings, cones, and spheres to structure the chocolaty Golden Globe Award. It will be finished off in edible gold. The structure will stand two feet tall.

Guests at the Golden Globe Awards will be able to indulge in Lindt’s hand-crafted European-style pralines. Each place setting will be highlighted with their limited-edition gift boxes of specially created chocolates designed specifically for the 2016 award ceremony.

President and CEO of Lindt USA, Thomas Linemayr is thrilled the company has partnered with the 73rd Annual Golden Globe Awards. He is proud to be able to include the live audience in the experience of the highest quality chocolate, while being a part of the awards, for the best of those in the entertainment industry. He promises to bring the Lindt experience to the home audience as well.

Viewers at home will be offered a taste of Lindt fun for any occasion. The Lindt Unwrapped Blog will feature special Golden Globe party tips, recipes for cocktails, and ideas for décor, in the section titled, 4 Ideas to Help You Sweeten Up Your Golden Globes Party. The blog even includes game ideas hosts can play with their guests while watching the award show. The games include Bingo, a 2016 voting ballot (guests make guesses on the winners of each category, then compare, to see who has the most right), and the best-dressed game. The Bingo sheets and voting ballots can be printed directly from the Lindt blog.

The blog even has a recipe for Peanut Butter Pretzel Caramel Corn to use as tasty markers for the Golden Globe Bingo game. Viewers can participate in the Lindt Twitter Party, Jan. 10, from 8-9 p.m. EST. Hosting the game, during the Golden Globe Awards, will be bloggers from Mod Max Glam, Pizzazzerie, and Two Peas & Their Pod.

The winners of the Golden Globe Awards are determined by the votes from the 90 members that make up the Hollywood Foreign Press Association.

NBC will air red-carpet interviews, beginning at 7 p.m. EST. The pre-show will be hosted by Willie Geist, Marr Lauer, Tamron Hall, and Savannah Guthrie. CNN promises there will also be numerous members of the fashion police, ready to entertain with their snarky comments on the most interestingly dressed celebrities. The big stars will not arrive until closer to 8 p.m. and CNN guarantees these stars will be the topic of ultimate scrutiny. Celebrities that tend to be targeted include, Cate Blanchett, Jennifer Lawrence, Rooney Mara, Taraji P. Henson, Alicia Vikander, and the never disappointing Lady Gaga.