Understanding the Mechanics of Flight [Video] 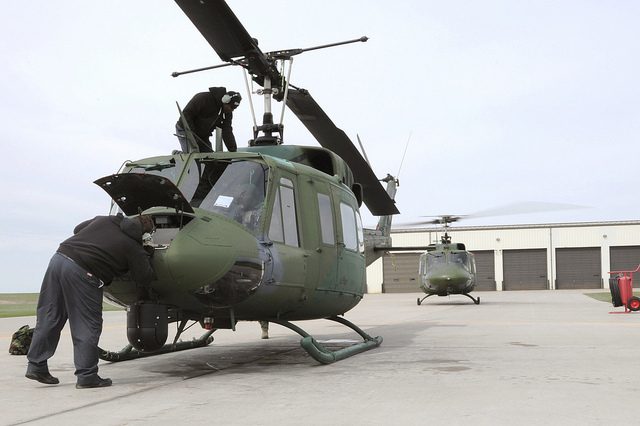 In order to understand the mechanics of flight, it is important to specify that flight mechanics refers to both fixed wing (e.g. airplanes, gliders, etc.) and rotary wing (i.e. helicopters) vehicles. An airplane, by definition, is a power-driven aircraft that is heavier than air. It derives its lift primarily from aerodynamic forces on its surface which remain constant or fixed under given conditions of flight. There are four principal forces that act upon an aircraft while in flight. These forces include thrust, drag, lift, and weight. At the end of the article, there is an in-depth, informative video on aeronautics and the mechanics of flight.

Thrust is the force generated by the vessel’s engine and acts along the engine’s thrust vector for the purpose of overcoming drag. This is the case in both propeller and jet-driven vehicles. Drag acts as a parallel force to the aircraft’s velocity vector. However, it exerts itself in the opposite direction. This is because drag is a form of resistance involving motion through the air. Meanwhile, lift acts perpendicular to the vector representing the aircraft’s velocity in relation to the atmosphere. Finally, weight acts via the aircraft’s center of gravity, and it is directed towards the center of the Earth.

When an aircraft is in straight, climbing flight, lift is less than weight. This is because when an aircraft is climbing at a constant speed, it is its thrust that enables it to ascend and gain extra potential or kinetic energy. Since lift acts perpendicular to the vector representing the aircraft’s velocity in relation to the atmosphere, the lift is unable to alter the aircraft’s kinetic or potential energy. Therefore, vertical flight requires no lift. When a vessel is ascending straight upwards, the aircraft can reach zero airspeed before falling towards the earth. Moreover, the wings are not generating any lift, and therefore, the vessel does not stall. As a result, in straight, climbing flight at constant airspeed, the aircraft’s thrust exceeds drag.

When an aircraft is in straight, descending flight, lift is less than weight. Moreover, thrust is less than drag provided the aircraft is not accelerating. Conversely, when performing a turning motion while in flight, lift exceeds weight and produces a load factor (ratio of an aircraft’s lift to its weight) greater than one, which is determined by the aircraft’s angle of bank. This introduces the factors involved in aircraft control and movement.

When changing the heading or turning an aircraft, the vehicle must be rolled to achieve an angle of bank. This is necessary in order to balance the centrifugal force. When a change of heading has been completed, the aircraft must be rolled again in the opposite direction to reduce the angle of bank to zero. Once again, the forces must be equal and opposite in order for the vessel to remain airborne.

Pitch (movement up or down) is controlled by the rear portion of the tail fin’s horizontal stabilizer. This stabilizer must be hinged in order to create an elevator. When the elevator control is moved backwards, the pilot moves the elevator up and the resulting force on the horizontal tail is increased. Moreover, there is also an increased angle of attack on the wings and the lift is increased, which moves the nose up. This pitch action system is reversed in light aircraft, such as hang gliders. 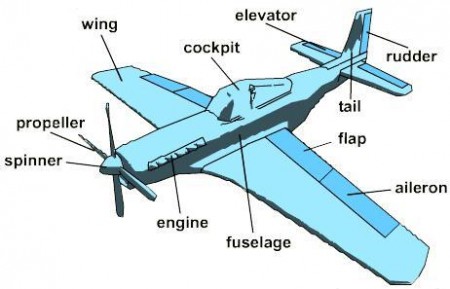 Roll (rotation around the longitudinal axis) is controlled by movable sections on the wings referred to as ailerons. The ailerons move in opposite directions, therefore, when one goes up, the other goes down. It is the difference in the camber of the wings that results in a difference in lift and allow for a rolling movement. In addition to the ailerons, there are also spoilers, which are small hinged plates located on the upper surface of the wing. However, not all aircraft are equipped with spoilers. The purpose of this apparatus is to produce drag to slow the vessel down as well as reduce lift when descending. On modern aircraft, they can also be used in combination with the ailerons to provide roll control, thanks to automation.

Yaw (movement left or right) is induced by an adjustable tail fin. The corresponding movement of this appendage affects the orientation and magnitude of the force the vertical surface produces. Since the force is created at a distance behind the center of gravity, the resulting side-to-side force causes a yawing moment followed by a yawing motion. In the case of large aircraft, it is common for there to be several independent rudders on the single tail fin for both control and safety considerations in relation to the interlinked roll and yaw actions of the aircraft. Consider attempting to use yaw alone when executing a level turn in such a vessel. This would not be an efficient or advisable way to maintain control of the vehicle. Thus, a combination of lift and bank must be achieved to create the required centripetal forces without veering off-course or losing control of the craft.

While this article does not explain everything about the mechanics of flight, it certainly helps those who are interested in aeronautics, Science, and/or the way things work to understand the basic concepts involved in flight mechanics. It is a fascinating aspect of Science and Technology that many people enjoy as well as dream about. On the other hand, it is also a common fear that elicits vivid nightmares for some. Whether a person dreams of flying or dreads it, this article should help provide a better understanding about the mechanics of flight. For more information on aeronautics and the mechanics of flight, please enjoy the video below.

One Response to "Understanding the Mechanics of Flight [Video]"