Concealing the Reality of Racism in South Africa 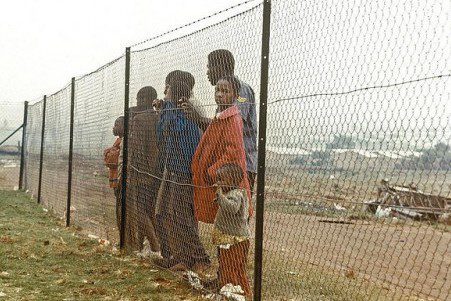 South Africa is concealing the reality of racism and, without condoning the recent backlash of remarks made by members of the public and government, it is indeed a huge favor. People will believe that South Africa is in severe trouble, and the recent racist remarks have set in motion a process to help others understand relations within the country.

During the apartheid years, race defined people and still does so today. Race controls every aspect of society, and people are obsessed with race. Racism is acceptable as long as people do not utter racist remarks in public.

The rise of social media had a huge impact on racist remarks, and since criminal charges have been lodged, there is a quietness overtaking the outrage. The underlying anger continues to build up, and the complaints and charges against the racists only conceal the real problem. Meanwhile pressure intensifies among the different cultures.

The recent calls made to criminalize racism are not without serious consequences. South Africa does not have a reliable justice system. The prisons, already filled to capacity, would not be able to hold the culprits found guilty of racism. South Africa will remain a prison unless healing is reached. Prosecuting the people who make racist remarks and the people who viciously respond has merit. Action taken against the racist people will only succeed in concealing the racism, the most intimidating infection.

Most times, people do not like what is said, yet want to silence the messenger. The sooner it is realized how sick the nation is, the sooner the healing process can begin. When an offensive remark is uttered, people tend to retaliate with cruel intentions. The unbearable bitterness and anger between cultural groups do not help with the reconciliation process.

While the leaders project racism, the people are blindly led to believe that white people hate black people. The African National Congress (ANC) refer to white members of the opposition party, the Democratic Alliance (DA), as racist and call on voters to say no to racism and, therefore, not to vote for the DA. Are they merely hypocrites? One of the biggest mistakes South Africans made was to follow the leaders blindly. The people of South Africa want the ANC party to lead by example. The people want the ministers, premiers, mayors, and councilors, including government employees, to remove children from private schools and not to use private hospitals. The people want the government to use state-owned facilities. Can the ANC and its members do without the private facilities, or will they continue to lambaste the DA for racism, telling members that only the ANC cares for the poor?

White exclusion is a myth, and the ANC is trying to establish a balancing act. It is like interpreting the reaction to racism from blacks as being a form of racism itself. Racism and resentment have a vast difference between them. Resentment takes nothing from the person to whom it is directed. Racism, on the other hand, is dehumanizing and subjugating, which is similar to Penny Sparrow expressing disgust at the natives trying to invade white beaches and, by extension, white privilege. It also means that the likes of Sparrow, being supremacists, can without provocation insult the inferior being without thinking twice about the reaction from those who will feel offended, or its impunity.

Real fundamental healing is what South Africa needs. Racism is the cause of the uncertainty in South Africa and will remain a problem. There is no easy way out, and there is no quick fix; it is a matter of forgiveness. The government must lead the way. Without establishing an end to racism within society, South Africans will continue to slide down the hole into an abyss of hatred.

The ANC disguises their incompetence and blames all troubles on apartheid. According to the book, High Treason, it is a “dangerous game,” and the ANC is “busy with a process where they alienate white and black,” causing “more racial divisions than apartheid ever did. Isolated racial incidents are blown out of proportion, creating the false impression that it is the norm.” High Treason also states the ANC does not allow any publicity that might be harmful to the party, and, in reality, both the apartheid and ANC censorship are similar. It goes beyond comprehension how the ANC can allow this to happen.

2 Responses to "Concealing the Reality of Racism in South Africa"