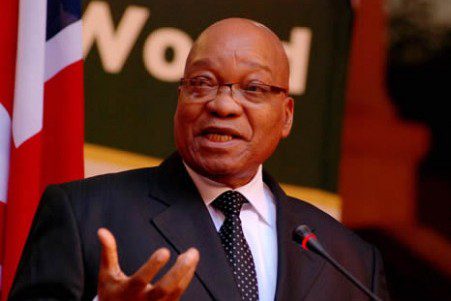 After spending over ZAR 4 million to attend the annual African debate in Davos, Jacob Zuma, the president of South Africa, failed to take part in the discussion. It would seem that the leaders of South Africa do not take pressing issues seriously, and one can only assume the government is aware of the possible consequences of non-participation in an extraordinary summit.

Pressing questions arise as to why the South African president failed to enter debates on economic prosperity in Africa. Why did the government spend vast sums of money and withdraw at the last minute? Something is not right within the cabinet of the presidency. There were distinct rules governing the summit, and it can only be assumed that South Africa had access to that information. If the president cannot debate constructively, why did the South African delegation go to Davos?

It is utter rubbish that President Zuma’s withdrawal was last minute, claims the presidency. It was reported from Davos that he literally ran away from a panel debate on Africa, suggesting that Finance Minister Pravin Gordhan represent South Africa instead. Ethiopia’s president refused to have a minister debating and withdrew. Paul Kagame, president of Rwanda, agreed to stand in.

The discussion no doubt would touch on sensitive issues such as Nkandla, Nenegate, and other wasteful expenditure, fiscal mismanagement, and corruption. All the presidential spokesperson can say in explanations is to deny that Zuma’s failure to participate at Davos was last minute.

Fourth Industrial Revolution (or, as some prefer, the Second Machine Age) is the theme of this year’s Davos WEF summit. Sharp ideas and creative thinking are first. The Nenegate was the country’s watershed economic moment. Consequently, the Nenegate inevitably exposed or created the renegade.

Running away from debates and preferring the safety of prepared speeches hardly endears Zuma to the observers and investors at Davos. The market has a serious question that local businesspeople and ministers cannot answer, especially those that emanate from his own actions. Ducking the questions only damages the South African image further. Running away from constitutional responsibilities is moral cowardice.

The withdrawal from the Davos debate is no surprise. When did anybody hear Zuma answer a difficult question? From the Gupta jet debacle to the Nkandla and South Africa Airways embarrassments, Zuma always places a ring of people in front. It is no hidden secret that Zuma prefers prepared interviews.

Now everybody knows whom Zuma is the failure of South Africa. Zuma is the number one legend, but a notorious one, an inconvenient impostor. South Africa needs a hero, a president that the country can be proud of, not a failure.

The world must have lost more confidence in the economy after this no-show described as “a president running away.”  Zuma owes investors and the nation an explanation and, for that matter, an apology. There is a criticism of the South Africa government’s marketing and communications capacity as unimaginative. Considering the recent economic indicators, such as downgrades, commodity deflation, and weak Rand, the government surely needs an innovative strategy.

The presence of Jr Bongani Majola, the Zuma spin doctor, means that at all times there must be a mop and a water bucket in hand to clear up the mess the president always leaves. The country cannot accuse Bongani Majola of not trying hard to shore up the president’s image by “setting the record straight” all the time. However, this time, after Zuma failed to participate at Davos, Bongani Majola has run out of spins.

4 Responses to "Jacob Zuma Fails to Participate at Davos"