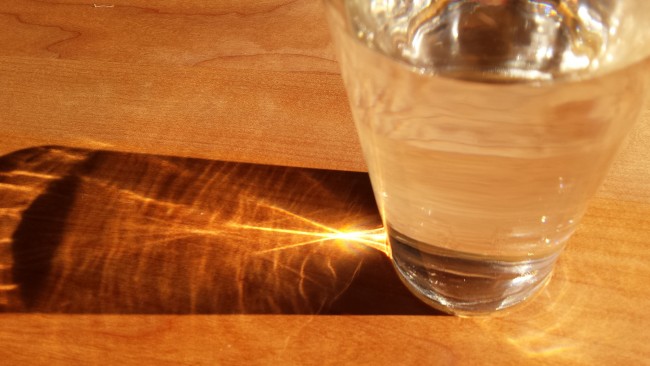 Flint, Michigan, residents have been living in a state of almost unconscionable duress ever since April of 2014. CNN News reports that toxic lead, among other contaminants, has been found in the water being piped into the public’s homes. Residents are unable to drink, bathe, or use their water at all. In addition to this public health crisis, Melissa Harris-Perry of MSNBC reported on Sunday, Jan. 17, 2016 that residents are still being sent water bills and shut-off notices, for the toxic water they are unable to use. “It’s like exhortion..You’re not supposed to be showering in it or washing your clothes…all it’s good for is flushing the toilet,” affirms Flint resident, Lanice Lawson, founder of Bottles for the Babies, a nonprofit organization she started to get much-needed drinking water to the children and other citizens of Flint.

Michigan GOP Governor Rick Snyder has conceded that the water crisis “is his Katrina” on Monday, Jan. 19, and plans to address further plans to aid Flint this Tuesday, in his “state of the state” speech. Snyder is facing derision and disgust from many of the residents from the state’s role in this public health crisis. The water disaster began in 2014, when the state, in an effort to save money during a financial emergency, took over control of Flint’s water supply. Instead of using Detroit’s supply of water at Lake Huron, they opted to use water from the Flint River. This decision was billed as a temporary measure until a new supply line to Lake Huron was completed.

After numerous residents complained that the water running from their taps was brown, smelled of urine, and tasted bad, Virginia Tech researchers ran tests that revealed the water was 19 times more corrosive that the Lake Huron water. For an unknown reason, the river water was not treated with an anti-corrosive agent by the state Department of Environmental Quality, which is a federal violation. The water was carrying lead leached from the lead pipes, that make up half the service lines in Flint. Despite the overwhelming evidence that something was gravely wrong, state officials continued to tell residents not to worry and the water was fine.

In August of 2015, Virginia researchers did similar in-home tests and found elevated levels of lead in the water. In October, the city reverted to the Lake Huron water supply, but the lead pipes are still leaching lead into the water due to past damage with the corrosive water. The state has since begun handing out filters and bottled water. Dr. Mona Hanna-Attisha is a Flint pediatrician who has raised concerns about the elevated levels of lead in local children. The lead levels in their blood had tripled since the water change, and she has also noted that 10 people in the area have died from Legionnaires disease, which is a form of pneumonia that is acquired from the bacteria in standing water.

On Thursday, Jan. 14, 2016, Snyder asked for President Obama to declare a Federal State of Emergency, so the public would be able to receive grants for temporary housing and home repairs. That Saturday, Obama did just that and authorized the Federal Emergency Management Agency and Department of Homeland Security to lead the crisis relief.

Snyder faces the disdain of protestors and Democratic leaders who assert that the GOP governor knew about this catastrophic situation for some time before addressing it. Michigan’s Democratic Party Chair, Brandon Dillon, said, “We’ve seen documents that suggest top Snyder officials were aware of the grave health threats posed by Flint’s drinking water months before he publicly acknowledged it.” He continues,”They were brushed aside and ignored by this administration. And still Governor Snyder continues to refuse to answer questions about why he waited so long to act. Now we’ve learned that 10 people have died and dozens more have fallen ill due to Legionnaires disease.”

NBC News reports that Snyder has admitted to knowing about the issue last summer, and was aware of the complaints made by residents stating they were getting blown off by state environmental officials. He also admitted that his administration failed to follow-up “as forcefully as they should have.” However, he maintains that this catastrophe is “his Katrina” and wants to see it through. Karen Weaver, Flint’s mayor, is meeting Tuesday afternoon with “top-level White House officials”, concerning the federal aid response. The federal government is finally getting involved with this horrendous state issue, as members of the Flint community filed class action lawsuits against the governor, the state Department of Environmental Quality, and others involved.

The Effects of Lead Poisoning

Lead poisoning is a serious and irreversible health threat. Typically, lead poisoning in children comes from the peeling paint that often can be flaking off the walls in old homes or playing in lead-contaminated yards. The CDC reports that infants and children are particularly susceptible to brain damage due to their developing brains. The long-term effects are irreversible, which can lead to antisocial/violent behavior, weakened IQ, and attention-related problems, which could have adverse effects over the remainder of their lives. The symptoms of elevated lead levels in children include headaches, hearing loss, anemia and hypertension, kidney problems and constipation, and muscle weakness. While children and infants are in immediate danger, adults are not exempt from the debilitating symptoms. The effects of lead poisoning in adults include miscarriages and stillbirths while long-term effects are infertility, heart and kidney disease, as well as high blood pressure. Moreover, adults may also experience abdominal pain, constipation, feeling depressed, distracted, and forgetful. Treatments for high levels of lead in the blood include chelation therapy for children, says USA Today, which will ease the lead out of the body through urine. Furthermore, steps should also be taken to remove the source of the contaminant from the residence and/or affected area(s).

One Response to "Flint Residents Being Billed for Poisonous Water"