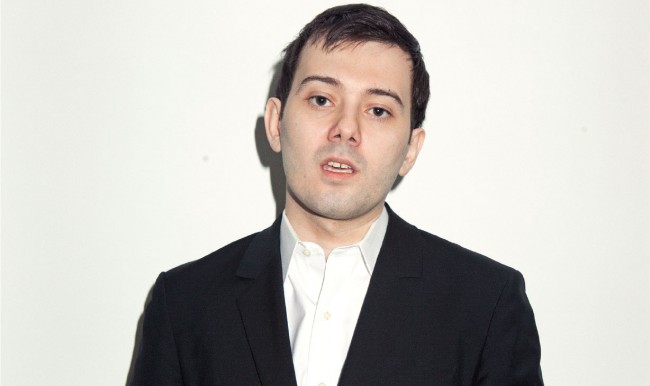 On Thursday, Dec. 17, 2015, Martin Shkreli was back in the news after he was arrested for securities fraud by the FBI. His arrest was the result of an investigation into MSMB Capital Management, a hedge fund that he founded in 2009. According to the Daily Mail, he was charged with securities fraud in a federal court and then released on a $5 million bond. His maximum sentence would be 20 years in prison if found guilty on all charges. Shkreli, 32, said he was not guilty of any allegations.

In a press conference the next day, United States Attorney Robert L. Capers, of the Eastern District of New York, stated, Shkreli was involved in several scheme designed to draw in investors. His seemingly endless stream of deceit was comparable only to his hard work to hide his fraudulent schemes. This caused him to operate all his companies as a Ponzi scheme, including a publically traded company. He was able to move assets from the new entity to pay the debt from the old system. When his decisions were questioned, he joined up with Evan Greebel, who was able to manipulate his law license to further Shkreli’s plans.

Besides securities fraud, Shkreli was also charged with a scheme to misappropriate the assets of Retrophrin, a company he founded in 2011. According to their website, Retrophrin is a biopharmaceutical firm that is working to research and develop pharmaceuticals that could treat life-threatening and debilitating illnesses in order to increase patient options.

According to Bloomberg, after ousting him as CEO, Shkreli was sued by the company for misuse of company funds, in August 2015. According to Retrophrin, he created multiple transactions between the investors in MSMB and the biotechnology firm.

Shkreli is also the founder and chief executive of Turing Pharmaceuticals and KaloBios Pharmaceuticals Inc. In August, he purchased the rights to Daraprim, a toxoplasmosis drug that is used to treat life-endangering infections. As was widely reported, he was reviled by members of the public, and the medical community, earlier this year, when he decided to raise the price of a 62-year-old drug, used for treating AIDS and cancer patients, from $13.50 per tablet to $750, according to the Daily News U.K. NBC has reported that the Federal Trade Commission is investigating the 5,000 percent price hike on these valuable medications.

Shkreli’s lawyer, Evan Greebel, has also been charged with wire fraud and conspiracy for his role in the Retrophin scheme. U.S. Attorney Caper’s release on Friday said these charges describe a “securities fraud trifecta.” Lies have been told and deceitful things have been done due to greed. As charged, he targeted investors and was able to retain their business through misrepresentations and omissions about the key facts of the funds he managed. He continued to lie about the success of the investments and used assets from Retrophin to pay off MSMB investors. In the end, Shkreli and Greebel used a series of fraudulent consulting agreements, resulting in Retrophin and its investors suffered a loss in excess of $11 million.

Shkreli was released after posting the $5 million bond and surrendering his passport. His lawyer, Evan Greebel, was released on a $1 million bail.

Martin Shkreli Arrested for Securities Fraud added by dungan.m on January 25, 2016
View all posts by dungan.m →