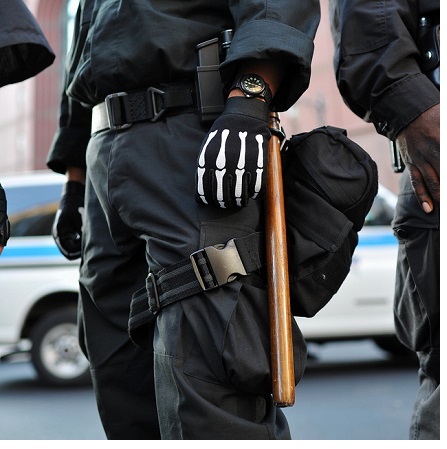 A Chicago police officer who fatally shot a mentally ill teen in December 2015 adds insult to injury with a $10 million dollar lawsuit against the boy’s family for “extreme emotional trauma.” Officer Robert Rialmo was one of the officers who responded to a call after his victim’s father became concerned about his son’s erratic behavior. With claims that the 19-year-old swung a baseball bat at him, the officer shot Quintonio LeGrier six times and accidentally shot and killed a neighbor who was standing nearby.

The lawsuit is a new low for the Chicago Police Department (CPD). It states that the officer reasonably believed that if he did not use deadly force against the mentally-challenged teen, LeGrier would have killed him. As a result of the incident, Rialmo says he has and will continue to experience extreme emotional trauma and is asking for a “sum in excess of $10,000,000” in damages. Accusations against the CPD continue to rise as more reports surface surrounding unarmed teens being killed at the hands of law enforcement. Basileios Foutris, the family’s attorney, is astonished by the lawsuit. He said:

After this coward shot a teenager in the back… he has the temerity to sue him? That’s a new low for the Chicago Police Department.

This is just another citing into Chicago’s continuing crisis of police killing black men who are either unarmed or not presenting an immediate threat to officers. In this case, as in many others, the officer responsible for the death was white. Adding insult to injury, the officer is suing the dead teen’s family for $10 million. Joel Brodsky, Rialmo’s attorney, has accused the family of trying to “ride the wave” of city actions against the police. He added:

Ever since the McDonald payoff, people are treating officer-involved confrontations like a lottery ticket and they’re waiting to cash it in.

However, the family said the teen did nothing to threaten the officer or anyone else present, nor was he involved in any illegal activity.  LeGrier called 911 three times pleading for officers to come to his father’s home before law enforcement was dispatched. Reportedly, LeGrier was suffering from mental health problems that morning but was inside his building when Rialmo shot him from outside the home located at 4700 block of West Erie. Former director of 911 communications for the city of Minneapolis, Paul Linnee, said the operators should have sent an officer to the scene after either one of the teen’s first two calls. He said:

It would strike me as inappropriate if they had a policy that unless the caller gives me their last name we will not respond. There is no way a cop should not have been sent.

Both families of the deceased, LeGrier and neighbor Bettie Jones, have filed wrongful death lawsuits. The handling of the boy’s calls with claims that an emergency was occurring have been called outrageous and disgusting. Foutris added:

You have somebody calling for help, and instead, he is met with three different dispatchers who all have an attitude. That’s not the way it’s supposed to work. Very simply, every single person he dealt with from the city on that morning acted improperly, whether it was hanging up on him or shooting him in the back.

Adding insult to injury, Officer Robert Rialmo has filed a $10 million suit after firing six shots which left a mentally ill teen and his unsuspecting neighbor dead. As opposed to protecting and forging partnerships with the community, law enforcement has resulted in suing the families of victims they kill. It is a sad day when communities are forced to fear the police more than the gangs which permeate Chicago neighborhoods.