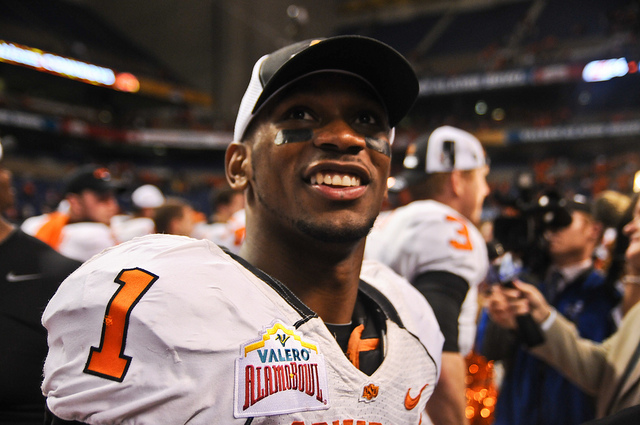 According to ESPN, Joseph Randle, former running back for the Dallas Cowboys, has been arrested again. He was arrested and charged with criminal damage to property, possession of marijuana, and aggravated battery on Feb. 21, 2016. This is his fifth arrest in 17 months. The 24-year-old ex-Cowboy was booked at the Kansas Sedgwick County Jail, where his bond is currently set at $100,000.

Randle was arrested earlier this month in Irving, Texas. There was an outstanding warrant for his arrest and when he stopped by his ex-girlfriend’s home the police were immediately called.

In November 2015, he was arrested and booked on the suspicion of disorderly conduct with an officer in a Kansas casino. Eight months prior to that, he was arrested in Wichita, Kan., for a domestic disturbance complaint. In October 2014, he was arrested in a Dallas area mall for shoplifting. He was caught with a bottle of cologne and a pack of underwear.

Randle attended Oklahoma State University and was a running back for their football team. He was a fifth-round NFL Draft pick in 2013 and 151 overall, by the Dallas Cowboys. After two years in the league, the Cowboys released Randle on Nov. 3, 2015, for an unspecified personal issue.

One Response to "Joseph Randle From Dallas Cowboys Arrested Again"