Losing Money Better Incentive to Exercise Than Getting a Reward 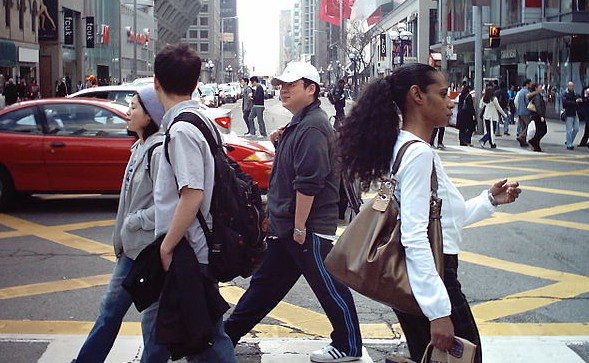 Over 80 percent of large American employers use financial incentives to tempt employees to participate in wellness programs, such as exercise programs. Some reimburse gym memberships, others reduce health care premiums for participation and others give prizes. But, are those programs effective at changing behaviors? A new study tried to ascertain which fiscal incentives or types of rewards make a bigger impact at motivating employees to exercise. The research showed that losing money makes a better incentive to exercise than getting a reward for the efforts.

The research conducted by a team from the University of Pennsylvania Perelman School of Medicine measured the effectiveness of three methods of incentivizing those who are overweight to increase their physical activity. They found that incentives with comparable values could have vastly different results, based on how they are paid out.

The 281 participants in the study all worked for the university. They were asked to walk 7,000 steps each day during the 26-week research effort. That is roughly 40 percent more than the 5,000-step count U.S. adults average daily. Their steps was tracked using a smartphone app.

For the first half of the study, the participants were divided into four groups and given different incentive offers. The first group received no financial incentives, just positive feedback, and served as the control group. The second group earned $1.40 for each day they hit the 7,000-step daily goal, which is about $42 per month. The third group of participants was given $42 each into an account at the beginning of each month and had $1.40 withdrawn from their balance on days when they did not meet the goal. The last group each received a lottery entry for each day they were successful at meeting the goal toward a $100 award.

It turned out, according to the study published Tuesday, Feb. 16 , in the Annals of Internal Medicine and the school’s press release, that employees who were offered a cash incentive were not more likely to meet the step-count goal than their peers. Those who were threatened with losing the money they were given were more likely to exercise than those earning a reward.

Motivated by personal desire to exercise (and possibly the positive feedback given) the control group met the goal 30 percent of the time. Those in the earn-money-daily and lottery groups did slightly better, hitting the exercise target 35 percent of the days.

The group that risked losing money on days they did not walk enough steps had the highest success rate, walking at least 7,000 steps 45 percent of the time during the 13 weeks. (That result is 50 percent higher than the control group and almost 50 percent higher than the other two groups.) The employees in this group had an aversion to losing the money they were already given.

During the next 13 weeks, each participant was still tracked and encouraged to hit the step count. However, no incentives were offered. While 96 percent of the participants stayed in the study, the step counts decreased across the board.

“There’s a presumption that tracking your activity will help you change your behavior,” noted the lead author, Dr. Mitesh S. Patel, a Penn assistant professor. “But it typically doesn’t work unless it’s combined with behavior change strategies. Our study shows that the design of the incentive is critical to its success.”

Future studies need to be done to see the impact of peer support and other factors. While this study only involved people at the university, it does offer food for thought for those who think workplace wellness programs should give rewards after a goal is achieved. For this group, losing money offered a better, more effective incentive to getting the participants to exercise than earning a reward did.

Sources:
University of Pennsylvania School of Medicine: To encourage exercise, losing a financial reward is more effective than gaining one
Annals of Internal Medicine: Framing Financial Incentives to Increase Physical Activity Among Overweight and Obese Adults: A Randomized, Controlled Trial
New York Times: Getting People to Exercise Requires the Right Incentive
Fortune: How To Actually Motivate Employees To Exercise