Relics of Broken Relationships on Display 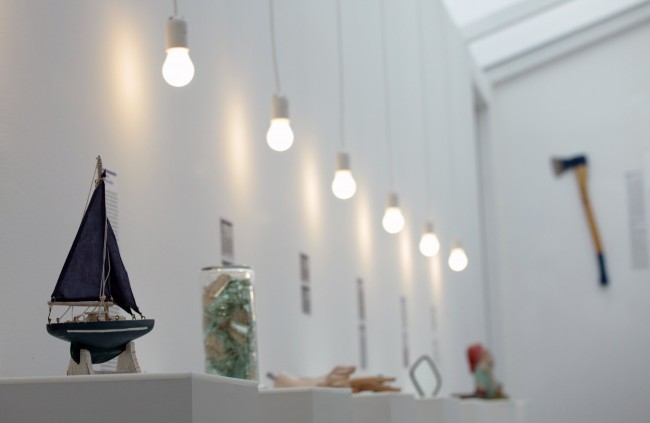 People do not want to keep remembering broken relationships, unless they are Adele, Taylor Swift or someone else who can spin their heartache into gold. However, an unusual museum puts the heartbreak and detritus of severed couples on display for everyone to “enjoy” like the best breakup songs. The main Museum of Broken Relationships is based in Croatia, but the museum is ramping up for a Los Angeles location that will soon display the relics of countless more romances gone south.

The new Museum of Broken Relationships venture, opening in May, will be in the heart of Hollywood, just down the street from the Hollywood & Highland complex and the footprints at the Chinese Theater. In front, at 6751 Hollywood Boulevard, are the walk of fame stars for Charlie Chaplin, Sally Field, Will Ferrell and Bing Crosby.

Inside will be artifacts of soured sweethearts along with information on the emotional baggage the item carries. There will also be data on where the item came from and anecdotal details about it.

As Kerry Washington, Taraji P. Henson and Mary J. Blige reminisce in the Apple Music commercials, mixtapes (that took effort to be made on real cassette tapes versus compiling a simple playlist) can evoke memories of that old boyfriend or school dance. So, the museum also has old mixtapes celebrating some of the failed couples.

It seems like a walk down bad memory lane, but the original museum concept has been hugely successful. Conceived in Croatia in 2006 by Olinka Vištica and Dražen Grubišić, the Museum grew organically as it toured varies countries as a traveling exhibit and people donated more painful reminders of lost love. After touring for four years, the collection swelled a permanent site opened in Zagreb, Croatia.

They continued to have travelling exhibits that attracted more attention and relic of broken relationship donations, leading to the plan to open a second permanent display location in L.A.

The inaugural Museum of Broken Relationships exhibit at the Hollywood location will showcase approximately 100 objects. According to L.A. Weekly, 70 percent of the items displayed will be from the permanent collection in Croatia and the rest items donated by Southern Californians (there is a form online). Their website invites people to “unburden the emotional load (of a failed relationship) by erasing everything that reminds you of that painful experience by throwing it all away — don’t. Give it to us.” Being a worldwide venture, they urge people to submit the story of their conscious uncoupling in their native tongue to add authenticity and emotion. Their translators will take it from there.

The museum does caution donors that they might not see their donation. Only 15 percent of their collection is displayed annually and, like large art museums, they do have traveling displays and plan themed exhibits that ensure the items for viewing change periodically.

The Museum of Broken Relationships concept and the relics to be displayed honors lost loves much like B.B. King’s The Thrill Is Gone (which was actually not written by him), a slew of country songs or the more contemporary Ex’s & Oh’s by Elle King. It will be interesting to see how it does in Los Angeles, and whether it will hit as many heartstring chords as Gwen Stefani singing Used to Love You or Adele calling Hello.

One Response to "Relics of Broken Relationships on Display"