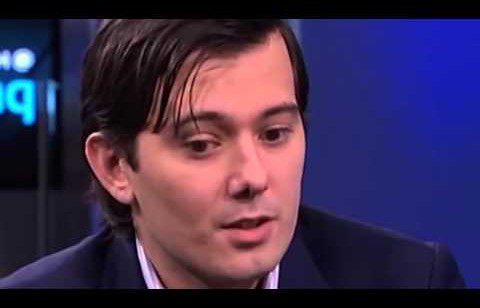 Ex-pharmaceutical executive Martin Shkreli, famous for jacking up the price on a critical, lifesaving drug by over 5,000 percent, appeared at a U.S. congressional hearing on Thursday. After smirking and brushing off questions, former drug exec Shkeli called the legislators in Congress who questioned him “imbeciles” on social media.

Rep. Elijah Cummings, a Maryland Democrat, pleaded with Shkreli to reconsider his attitudes toward drug pricing. The congressman told him, “You can go down as the poster boy for greedy drug company executives, or you can change the system.”

Shkreli, 32, is the notorious man who outraged patients, doctors, insurance companies and politicians last year for raising the price of Daraprim, which used to sell for $1 a pill, to $750 a pill. This is not a new medication, but a 60-year-old one that is the go-to treatment for toxoplasmosis. His then-company, Turing Pharmaceuticals, did not develop the drug; they bought the rights from the firm that did.

Since that time, besides being vilified for his unapologetic, arrogant attitude, Shkreli was arrested and indicted in December with securities fraud charges not related to the Daraprim issues. He was accused of running his two investment hedge funds and firms like a Ponzi scheme designed to cheat investors about the value of assets he managed. He was released on $5 million bail. Those legal issues led him to step down from his CEO role at Turing and be fired from other company.

So, given his problems and negative press, along with the fact they he was subpoenaed to appear against his will, one would think he would behave during the House Committee on Oversight and Government Reform hearing. Instead, he brushed off questions, repeatedly invoking the U.S. Constitution’s Fifth Amendment rights to not be a witness against himself, which was a game plan he announced ahead of time to reporters. To every question he was asked, Shkreli responded, “On the advice of counsel, I invoke my Fifth Amendment privilege against self-incrimination and respectfully decline to answer your question.”

Rep. Trey Gowdy, a South Carolina Repulican, tried pointing out that the Fifth Amendment protection applies to cases where someone actually risks incriminating himself or herself. Gowdy pointed out that Shkreli was not indicted for raising the drug prices. But he did not budge.

Appearing insolent at the hearing, he laughed, rolled his eyes, yawned and kept twirling his pencil. Worst of all, Shkreli tweeted after he was dismissed from the hearing, “Hard to accept that these imbeciles represent the people in our government.”

Rep.John Mica, a Republican from Florida, suggested the lawmakers should hold Shkreli in contempt for his behavior. “I don’t think I’ve ever seen the committee treated with such contempt,” he noted.

While it would be easy to paint Shkreli as the villain he seems determined to present himself as, some of the legislators were smug and could be accused of playing to the cameras at the hearing. The questioning got more pointed as the session went on, perhaps out of frustration with his lack of responses.

After the smirking drug exec Shkreli appeared and then called the Congress members ‘Imbeciles’ in his tweet, a senior congressional reporter for Politico, John Bresnahan, tweeted, “I’ve been covering Capitol Hill for 20 years. Never seen a witness act like Martin Shkreli. I’m stunned.”