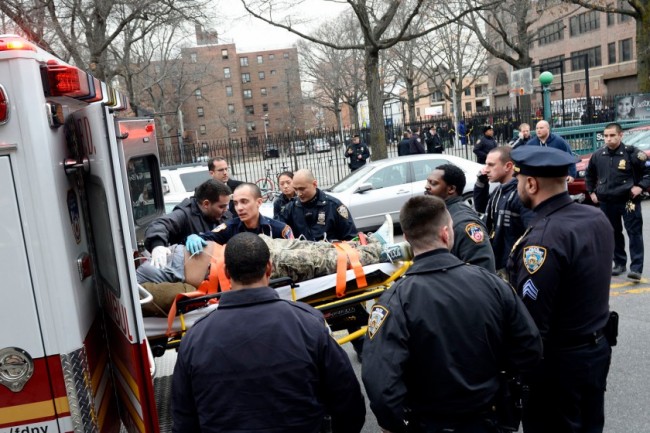 Two New York City police officers were shot on Thursday, Feb. 4, 2016, while patrolling at a public housing complex in the Bronx, the New York Police Department (NYPD) confirmed. Both officers were alert and in stable condition, according to authorities.

Three NYPD officers were on patrol in a Melrose Houses public housing unit around 8 p.m. EST, when the officers decided to split up, as reported by law enforcement officials. Two of the uniformed officers, a man and woman, were on the sixth floor of a building when they encountered two men in a stairwell. One of the men pulled out a gun and opened fire, striking one officer in the abdomen and the other in the face. According to sources, the female officer, 24, was struck in the abdomen and the male officer, 29, was grazed in the face by a bullet. Both officers were transported to Lincoln Medical and Mental Health Center, which is located on E. 149th St. in the South Bronx, New York City.

After shooting the officers, the gunman fled into a seventh-floor apartment and was later found dead of an apparent self-inflicted gunshot wound. Police reported that a handgun and shotgun were also found inside the apartment. The second individual involved in the stairwell altercation was in custody, and three other people in the apartment were being questioned, the NYPD reported. 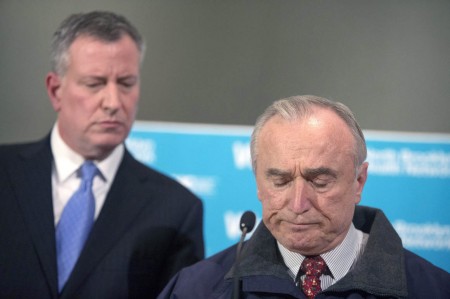 At the same time the shooting occurred, New York City Mayor Bill de Blasio was delivering his State of the City address at Lehman College, which is located about five miles north in the Bronx from where the incident took place. De Blasio learned about the shooting upon completing his speech, left the stage, and headed to the hospital. He met with the family of one of the injured officers at the hospital.

The two police officers, who were shot at a public housing complex in New York City, are assigned to the Housing Bureau and have both been on the force for approximately two years. The NYPD would not provide the names of the officers or gunman involved. Reports indicate that both officers are alert and communicating. They are classified in stable condition and the prognosis is good.