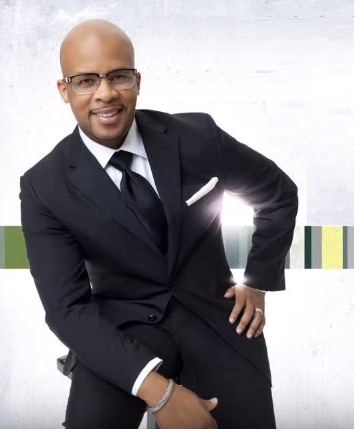 In 2003, gospel singer and songwriter James Fortune pleaded guilty to felony injury to a child and received six years deferred adjudication. The lawsuit stated that the singer burned his stepson leaving him disfigured with severe burns over nearly half of the child’s body. In October 2014, Fortune was arrested in Fort Bend County, TX after a heated dispute with his wife, Cheryl, and was charged with aggravated assault of a family member. Fortune was later released on $20,000 bail. On Tuesday, the musician pleaded guilty to the charge. Is gospel singer James Fortune a serial abuser?

According to the 2003 lawsuit filed by the father of Fortune’s stepson, in 2001, the child who 4-years-old at the time had to be hospitalized for 63 days due to the abuse. The stepson who is now 15, was burned because his pre-school teacher advised Fortune that the toddler had colored on a table. Reportedly, the producer scolded the child on the ride home and placed him in “time-out” after arriving home. In a fit of rage, Fortune allegedly continued to berate and scream at the boy before preparing a scalding tub of water for him.

The suit went on to explain that the I Believe singer made the child undress and then whipped his naked body with a switch. After which, according to the suit, Fortune pushed the toddler into the scalding water and held him down causing second and third-degree burns to 47 percent of his body. The boy was airlifted to a hospital where doctors determined his injuries were too severe and, as a result, had him flown by life flight to Shriners Burn Hospital in Galveston where he remained for 63 days. The stepson has had several skin graft operations to both legs, hands, genitals, and buttocks and was permanently disfigured. In 2003, the singer pleaded guilty to felony injury to a child and received six years deferred adjudication.

For those who do not know, deferred adjudication is basically probation. However, once the accused completes the allotted probation, their record is expunged. Despite the guilty plea, their record will never show a conviction or an arrest. At the end of the probation period, all the accused has to do is file what is called a petition for non-disclosure; this seals the criminal record for the offense from outside parties. In the case of Fortune, deferred adjudication allowed him to get away clean for burning his young stepson causing permanent disfigurement and unlimited emotional damage. Is this gospel singer a serial abuser void of consequences?

After the news of the singer’s actions went viral, people began to voice their opinions on social media. Some were more forgiving than others. One supporter said:

He is human just like everybody else. He did it let him do his time or probation and move on. They are going to make a big deal because he’s a famous gospel singer and he black. We are not to judge GOD forgives why not you.

Another person who was raised in the same neighborhood as Fortune and attended school with him was not so supportive and said this is who the singer has always been. He wrote:

He was a year ahead of me in middle school and high school. He got in my face and wanted to fight me for bumping into him in a crowded hallway. He was much bigger than me back then. He’s always been an arrogant jerk with violent tendencies and always will be. If he wasn’t a gospel singer nobody would be defending him. He’s a coward hiding behind his ‘faith.’ Hopefully, there’s a place in Hell where he can be beaten and burned by scalding water.

On Tuesday, the I Trust You” singer pleaded guilty to a third-degree felony charge of aggravated assault against his wife. According to the police report, the incident occurred in October 2014 when Fortune hit his wife with a wooden vanity stool, kicked her and threw her against a wall inside their Stafford home. For the crime, the songwriter accepted a plea deal and was sentenced by Fort Bend District Judge Maggie Jaramillo to five years of probation plus five days in jail. Additionally, Fortune must serve 175 hours of community service, complete a “batterer’s intervention” program and stay away from his wife.

Prosecutors say the wife of the We Give You Glory singer agreed to the plea deal because she did not want to subject their three children to the stress of trial with the possibility of having to testify against him. However, this is the second time he has pleaded guilty to injuring a family member. In 2001, he burned his four-year-old stepson in a tub of scalding water as a form of discipline and in 2014, he beat his wife and caused her to suffer from broken bones, minor injury, and possible internal injuries. The question remains, “Is gospel singer James Fortune a serial abuser?”

One Response to "Is Gospel Singer James Fortune a Serial Abuser? [Video]"