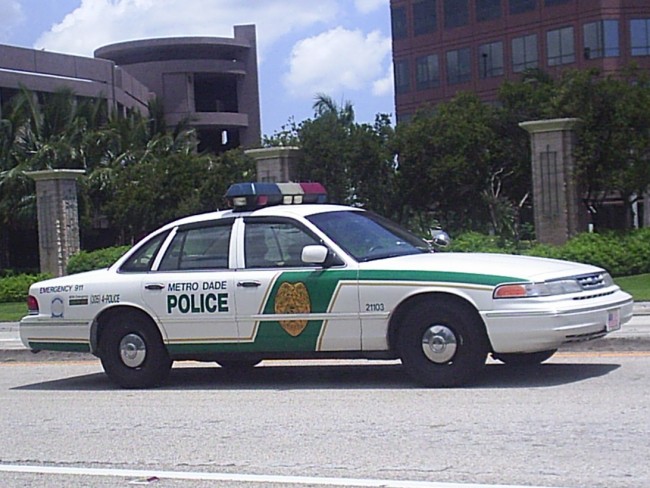 The Miami Police Department is investigating a robbery that took place shortly after 3:30 p.m. EST on March 8, 2016, at Northwest 21 Avenue and West Flagler Street.

According to detectives, the victims, who are both 15-year-old boys, were confronted by three young robbers who demanded their belongings. Meanwhile, one of the robbers pointed a gun and threatened the victims. Once the robbers took off with the goods, the victims called for help.

A perimeter was set and just minutes later, one of the three suspects was located and taken into custody. The other two male suspects remain at large and are both being described as 16 to 18-year-old White Hispanic males.

Jonathan Valenzuela, whose D.O.B. is Jan. 23, 1998, has been charged with two counts of armed robbery and one count of resisting arrest without violence.

The investigation is ongoing. Anyone with information is urged to contact the Miami Police Department’s Robbery Unit at (305) 603-6370. Those with information who wish to remain anonymous can contact Miami-Dade Crime Stoppers at (305) 471- TIPS (8477), visit www.crimestoppersmiami.com and select “Give a Tip,” or send a text message to 274637. Enter CSMD followed by the tip information and press send.