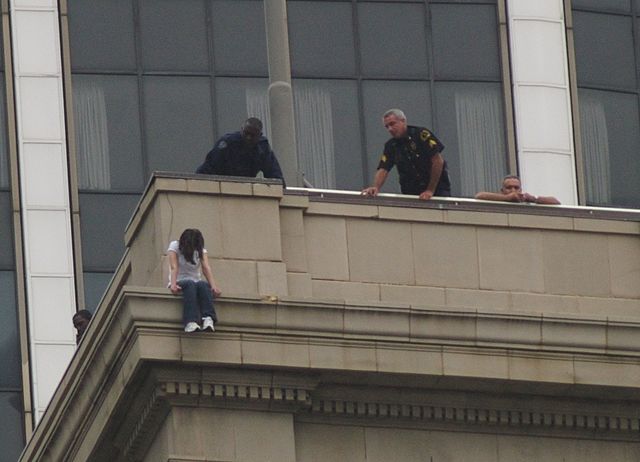 The reasons vary from being middle-aged and unemployed in a tight economy to teen relationship or schooling angst. Regardless of the circumstances driving them, more Americans are losing hope and killing themselves. In fact, according to the government, suicide rates in the U.S. are surging higher and now at their highest point in 30 years, 13 per 100,000 people.

Deaths from suicide in the country have increased 24 percent from 1999 to 2014, according to researchers at the U.S. Centers for Disease Control and Prevention (CDC), and are the 10th leading cause of death. In 2014 alone, more than 42,000 Americans despaired enough to kill themselves. The real rate is probably higher since many suicides are labeled as accidents.

The National Center for Health Statistics (NCHS), which is part of the CDC, data shows that, from 1999 and 2014, the greatest increases in suicide rates were for women and men between the ages of 45 to 64 years old and young girls from 10 to 14 years old. The suicide rate for the middle-aged women jumped 63 percent over the period and 43 percent for men. Suicide deaths for females ages 10 to 14 are low when associated to other age groups, but they experienced the largest jump, surging higher by a shocking 200 percent.

The increases were driven mostly by white adults, but Alaskan Native communities and American Indians had the highest increases for any ethnic or racial group. Only two groups experienced a decline during the 15 years studied were for those over age 75 and black men overall.

The mode employs also differs between the sexes nowadays. More than half of male suicides in 2014 were caused by firearms but was lower than in 1999 (55 percent versus 62 percent). Poisoning is the most used method now for women and was the method in 34 percent of female suicides in 2014. Back in 1999, firearms were actually used by women more than poisoning. (Only 11 percent of suicides for males in 2014 involved poison.) For both sexes, approximately 26 percent of suicides involved suffocation, which includes hanging.

While specific reasons for rise are somewhat uncertain, the economy undoubtedly played a significant role. The highest suicide rate in national history was during the Great Depression, when 22.1 per 100,000 working-age adults committed suicide in 1932. The economic downturn, considerable layoffs for older people unlikely to replace that income completely, stock market declines, the housing price collapse and other factors during the period covered by the latest study could account the first increases among the middle-aged.

The CDC called the information a wake-up call and emphasized the need for better mental health options. Many public health experts believe that the rising suicide rate is a byproduct of the stigma around mental health issues.

“Stigma plays an important role in mental health but also in suicide more broadly, as suicide is not simply a result of mental illness,” according to Kristin Holland, who is a behavioral scientist at the CDC’s Division of Violence Prevention Surveillance. Commenting about the fact that suicide rates were surging higher in U.S., she noted, “Even when at-risk individuals do seek health care, stigma about suicide can prevent them from disclosing their thoughts about suicide with their medical providers.”