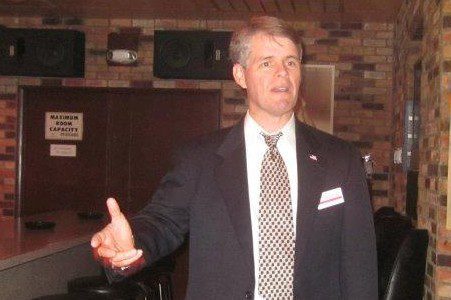 In reaction to a 2014 complaint of an alleged extortion by Nevada Assemblyman Chris Edwards, Laurel Fee will file an affidavit requesting that a citizen grand jury be convened using Nevada Revised Statutes 6.132 (NRS 6.132). Copies of the affidavit will be sent to Steve Wolfson of the Nevada District Attorney’s Office, Sheriff Joe Lombardo of the Las Vegas Metropolitan Police Department, Nevada Attorney General Adam Laxalt and the Nevada FBI Office and will be filed with the court immediately following this action.

Fee states that Assemblyman Edwards and others appear in the papers every few months to make accusations meant to intimidate and silence the political actions of the grassroots activist. Most recently, an article published in the “Las Vegas Review-Journal” featured Assemblyman Chris Edwards, who claimed that he would call for the FBI to investigate a fellow Assemblyman and others.

Fee says she has grown weary of the constant intimidation and harassment by officials via the media. She believes it is no coincidence that a grand jury concerning Tony Dane  is convening in Las Vegas just two weeks out of an election. “The claims by Edwards have been carefully planned by design. They are fabricated fantasy intended to intimidate and silence political free speech,” said Fee.

Edwards reported he was being extorted in late December 2014. The Las Vegas Metro Police Department has been investigating the allegations since that time. On January 31, 2015, a fully-armed SWAT team conducted a raid and searched the home of Rob Lauer based on Edward’s claims. According to search warrants, officials were looking for a recording and an ethics complaint. On February 5, 2015, Las Vegas Metro and the Clark County DA sought assistance from the Virginia State Police to search the home of Tony Dane in Virginia. Dane, of Dane and Associates, operates a calling and polling firm.

The Las Vegas Metro, the Nevada District Attorney’s Office and Attorney General Adam Laxalt released a joint statement on March 27, 2015, confirming  that “no lawmakers were a target or would be arrested.”

The affidavit to convene a citizen grand jury focuses on statements made by Detective William Schoen while he was seeking a search warrant to investigate Edward’s claims of extortion as well as the coordinated effort by high-ranking political figures, the Metro PD and the Nevada District Attorney’s office to control the outcome of their political agendas. Judge Jennifer Togliatti signed off on the warrant based on the statements by Schoen contained in the affidavit.

According to Fee: “Statements presented to Togliatti are verifiably false.” She believes Schoen displayed such an overwhelming “reckless disregard for the truth” that he could face criminal charges. She added that she does feel threatened by the constant intimidation and fears what method the Establishment will use next to retaliate.

Written and Edited by Jennifer Pfalz

One Response to "Nevada Residents Petition for Citizen Grand Jury to Probe Collusion Between Metro, DA and Political Figures"