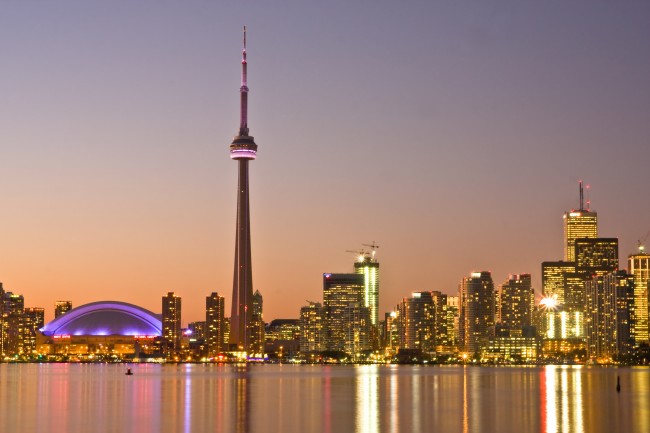 Toronto is not only the provincial capital of Ontario and most populous city in Canada, it is also one of the top tourist destinations in the world. As of 2013, it was also the fourth most populous city in North America. Moreover, Toronto serves as an international hub of finance, business, culture, arts, and tourism. Furthermore, the metropolis is considered to be one of the most cosmopolitan and multicultural cities in the world. In terms of entertainment and tourism, Toronto offers year-round events and attractions to engage its visitors’ varied interests and wanderlust. That being said, here are some of the main attractions and entertainment venues that are not to be missed.

1. Canada’s Wonderland–This attraction is one of the country’s premier amusement parks. It is located close to Toronto and has more than 200 attractions, 70 exciting rides, action-packed special events, nightly firework displays during the summer, and a 20-acre water park. The venue offers plenty of fun and entertainment for all ages. It is also a venue that can be explored at leisure or on a schedule.

2. Toronto Zoo–This attraction is Canada’s premier zoo with more than 5,000 animals, including Giant Pandas from China, along with their new cubs who were born in Toronto. Due to its incredible diversity, the zoo is divided into seven distinct “zoogeographic” regions: Canadian Domain, the Americas, Indo-Malaya, Africa, Australasia, the Tundra, and Eurasia. Animals are shown in both indoors and outdoor settings, depending on the animals involved. Most importantly, this venue is easily accessible by both car and public transit. Therefore, locals and tourists alike can benefit from the exquisite environment and aesthetics this venue has to offer.

3. Ripley’s Aquarium of Canada–This attraction serves as Canada’s largest indoor aquarium. As such, it features one of the world’s most extensive jellyfish exhibits, Southern Stingray and Bamboo Shark touch pools, giant lobsters who qualify as senior citizens (literally!), and daily live dive shows, as well as many other exhibits that will appeal to tourists on their own or in groups and those attractions that will entertain the entire family.

4. CN Tower–This venue is Toronto’s most famous landmark and one of its most sought-after tourist attractions. Moreover, it also serves as one of the city’s premier dining and entertainment venues. At 553 meters (1,815 feet), the CN Tower holds the distinction of being the tallest free-standing structure in the Western Hemisphere. This year, the CN tower will celebrate its 40th Anniversary on June 26, 2016, and the city has big plans to celebrate this feat. Needless to say, it will be a Must-See event not to be missed.

5. St. Lawrence Market Complex–This venue is close to downtown and serves as the city’s social center, City Hall, and marketplace in historic Old Town Toronto. Throughout its three-building expanse, tourists can enjoy its eclectic food court, artisans, and specialty food vendors that offer visitors the delights of an authentic farmers market. Moreover, the Market Galley is dedicated to Toronto’s ever-evolving culture, history, and art scene. Furthermore, the Market Kitchen offers cooking classes for all ages, abilities, and techniques.

Toronto is one of the top tourist destinations in the world, thanks to its cosmopolitan and multicultural roots, as well as its aesthetically pleasing atmosphere. The metropolitan hub is an international hotspot for finance, business, culture, arts, and tourism. Moreover, in terms of entertainment and tourism, Toronto offers year-round events and attractions to draw visitors to its eclectic environment as well as its intoxicating vibe. Hopefully, this article has provided readers with some of the main attractions and entertainment venues that are not to be missed in Toronto.