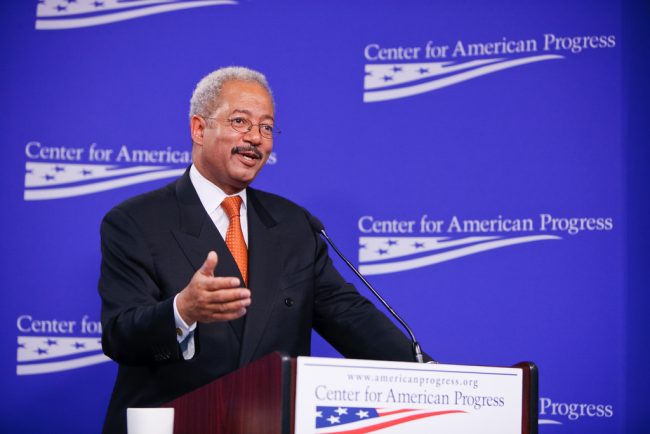 Action News is reporting the jury’s findings in Chaka Fattah’s trial on Tuesday, June 21, 2016. The Pennsylvania Democrat has been found guilty of all charges by the  jury, which has now made its determination in the corruption trial against him.

According to the jury’s verdict, which is still being read, Fattah has so far been pronounced guilty on nine counts. He has been convicted of being involved in a host of illegal activities, including conspiracy, mail fraud, money laundering, fabrication of records and bribery, racketeering, and bank fraud, among others.

All the charges leveled against him by the government involve the pilferage, embezzlement, and misappropriation of federal funds amounting to at least one million dollars. Most of these funds, according to public prosecutors speaking on behalf of the government, came from federal grant money, charitable donations, and campaign contributions.

Fattah, according to the petition filed by the government, was directly accused of accepting bribes and using government funds for his personal use, including to benefit his family and friends by paying off his personal and political debts.

The 59-year-old will remain free on bail and will return to court for a sentencing hearing on October 4, 2016.

Written by Bashar Saajid
Edited by Cathy Mine

One Response to "Corruption Charges Proved Against Representative Chaka Fattah"