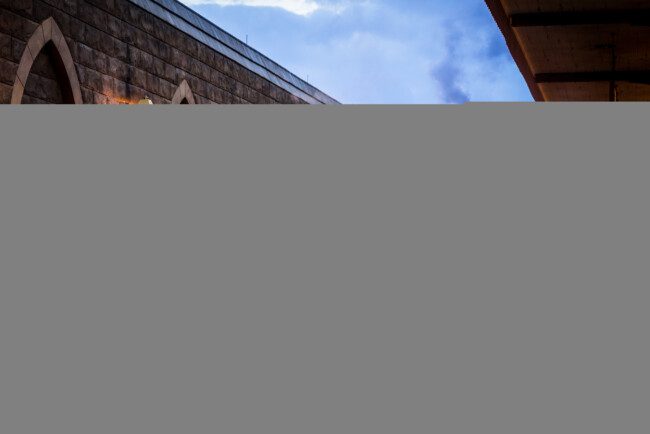 J.K. Rowling is best known for her magical world of Harry Potter, filled with ghostly Dementors, tricky house-elves, butter beer, and spells that enchant or dispel an opponent. Her spellbound books do not stop there. Rowling has written other books, which are geared toward adults, such as her crime novel, “The Cuckoo Calling,” currently being filmed for BBC adaptation. Rowling also wrote “The Casual Vacancy,” a drama novel that has already made its debut on the BBC network.

Rowling went on to expand her extraordinary world of magic with “Fantastic Beasts and Where to Find Them,” which is her next installment into a magical place young adults, children, and adults alike want to be in. The book was originally meant to be a textbook in the wizarding world of Hogwarts and centers around Newt Scamander.

In the year 1926, he has completed a global excursion to find and document all of the world’s magical creatures. Unfortunately, after Scamander decides to make a brief stop in New York, he misplaces his magical case of fantastic beasts. (Yes, the world of magic has come to America.) He also meets a No-Maj named Jacob Kowalski, who discovers the world of magic after meeting Scamander and causes a bit of mischief.

The immersive world of magic continues in Rowling’s “Quidditch Through the Ages.” Even though the book is not as magical as previous ones, it is still essential to the wizarding world. It is about Quidditch and was written by Kennilworthy Whisp, a renowned player of the sport. This book was read by Potter in the movie, “Harry Potter and the Sorcerer’s Stone.” Severus Snape caught him reading it outside the school, and makes a bogus rule that library books are no longer allowed outside the school, before he takes from Potter.

A Collection of Wizarding Tales for Children

Who can forget Rowling’s collection of the popular wizarding fairy tales for children called, “The Tales of Beedle the Bard?” This book is featured in “Harry Potter and the Deathly Hallows.” Hermione Granger is bequeathed the book by Albus Dumbledore. It is a series of five stories:

The Magical and Interactive World of Pottermore

Rowling launched Pottermore, in April of 2012. In the immersive world, players can enter Hogwarts as though they are students, acceptance letter and all. Just like the books and movies, players are sorted into a house, before they can go any further. A series of questions are asked by the Sorting Hat. Then, players are placed into, Slytherin, Hufflepuff, Gryffindor, or Raven Claw. Once a house has been selected, the player must go virtual shopping to obtain the items on the list, in the acceptance letter. First years must bring:

After obtaining what is needed for classes, players were able to attend a potions class, duel with other students in the great hall, and interact in the common rooms. The journey also gives players exclusive information, not previously revealed by Rowling, that includes over 18,000 words of additional content.

However, as of 2015, players on the website were shut out, so it could be overhauled. Unfortunately, most of the fun features were removed. Now, the site is for informational purposes and interaction with class peers. However, visitors are still sorted into houses and matched with a wand.

The Magical Giving Side of J.K. Rowling

Rowling dropped off the Forbes billionaire list in 2012, for two reasons; she donated an estimated $160 million to charity and Britain’s high tax rates. Moreover, Rowling’s reputation for bestowing her wealth is insurmountable and causes fans to wonder why she has given so much of her earnings to those in need. Her answer was simple and heartfelt:

I think you have a moral responsibility when you’ve been given far more than you need, to do wise things with it and give intelligently.

Rowling donated to the Multiple Sclerosis Society, the Children’s High-Level Group, now known as Lumos, after the spell of light from her Harry Potter series. She has also helped finance the building of a regenerative neurology clinic, in Scotland. These are a few charities Rowling has helped financially.

Through her books, Rowling brought magical beings and creatures to the imaginations of children and adults, which in turn, allowed her to bring help to those in need through the proceeds. She is the light of inspiration to all of those around her.

One Response to "J.K. Rowling and Her World of Magic"