The Wrath of Red Tide in Florida

By Jeanette Smith on August 13, 2018Comments Off on The Wrath of Red Tide in Florida 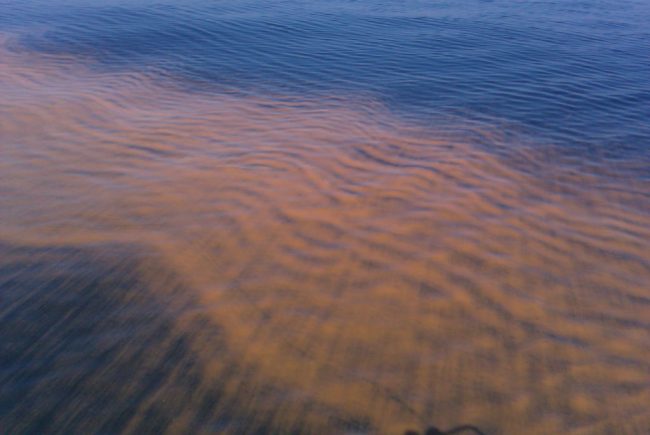 Two large-scale algae outbreaks in Florida have killed sea life and is threatening the health of the public.

The current red tide is one of the longest lasting outbreaks in Florida history. The red tide is caused by Karenia brevis. The algae produce toxins called brevetoxins. They cause gastrointestinal and neurological problems when ingested.

This latest bloom stretches 100 miles up the coast and miles offshore. It has been pushed into nutrient-concentrated patches by winds and ocean currents. Scientists say this is the worst red tide in over a decade.

The smell of the red tide is described by scientists as “a tingling in the nose that quickly spreads to the throat and burns the lungs.”
Fish carcasses litter the beaches of Florida. There are mullet fish, catfish, pufferfish, snook, trout, grunt, and the goliath grouper. Beyond fish, the carcasses of crabs, eels, manatees, dolphins, and turtles have also been discovered. Heather Barron, head veterinarian at Florida’s Clinic for the Rehabilitation of Wildlife (CROW) stated, “Anything that can leave has, and anything that couldn’t leave has died.”

The algae have been blooming on Florida’s Southwest coast since October 2017. The red tide has grown in intensity in recent months and there is no end in sight.

K. brevis naturally grows on the coast of Florida, but it is normally below 1,000 cells per liter. Currently, many sites are over 10 million cells per liter and there are spots that are over 140 million. Richard Bartleson, a biologist at Sanibel Captiva Conservation Foundation (SCCF), has been monitoring the intensity of the bloom.

Animals accidentally ingest the algae while feeding and it makes them “almost comatose.” Turtles lie on the beach and “their flippers will just be dangling there,” according to Gretchen Lovewell, the program manager for Mote Marine Laboratory’s Stranding Investigations Program. The program has been able to rescue some turtles but most of them were already dead.

Since the beginning of 2018, 80 manatees have washed up on shore. The last week of July, a 26-foot juvenile whale shark was found on the coast of Sanibel Island. Muscles are rife with algae toxins. Hundreds of turtles have died, including several Kemp’s ridley sea turtles that are critically endangered.

The inland waterways are clogged with the green-blue algae called <em>cyanobacteria</em>. The bloom is impacted by the runoff from cattle farms and residential developments North of Lake Okeechobee, Florida’s largest body of freshwater.

Lake Okeechobee carries in nutrients, turning the water into a “thick green smoothie,” according to National Geographic. The development of sugar farms South of the Lake prevents the natural trickling and filtering of overflow through the Everglades.

Instead of preventing the flooding of nearby towns, heavy rains forced engineers to release polluted water into the estuaries, which lead out to sea.

According to National Geographic, the problem has increased, and the solution is “mired” in politics. Local resident, Tammy Hodgson has lived in Florida for 25 years. She said, “There’s just dead fish everywhere.” There is a hesitation to spread the information about the increasing red tides. There is a fear that it will further impact businesses, but Hodgson made it clear that something has to be done.

K. brevis is always present in the water column. It lurks at low concentrations. Richard Pierce, senior scientist at Mote Marine Laboratory and Aquarium stated that it is not known what triggers massive blooms. “We’ve tried and tried to look for the cause of the red tide. And it just seems to be something that likes the coast of Florida.”

Vincent Lovko, a Mote scientist, believes the increase in the intensity of the red tide is a “perfect storm kind of event.” The temperature, salinity, chemistry, light saturation, and currents work together to produce blooms that can be blown to the shore by the wind.

Many researchers believe the algae feed on the nutrient-rich agricultural runoff from land. This is causing the red tide to rage harder and stay around longer.

Some scientists want to conduct more studies, while others say it is cause and effect. Bartleson stated, “All phytoplankton and all harmful algal blooms need nutrients, and if you add nutrients, then they’ll bloom.”

Recent exceptional red tides have seemed to follow massive storms. 2004 and 2005 were intense hurricane years in Florida and there were multiple storms crossing the state. Tons of rain and nutrient-rich runoff flooded into the Gulf of Mexico. In 2005, there was a 17-month-long red tide. It was the longest on record in Florida. Hurricane Irma wrecked the state in 2017, causing a massive nutrient-rich runoff. Bartelson believes this could be driving the current bloom.

Scientists predict that as the climate changes, these heavy storms will become more frequent and more intense, which could cause trouble in the future.