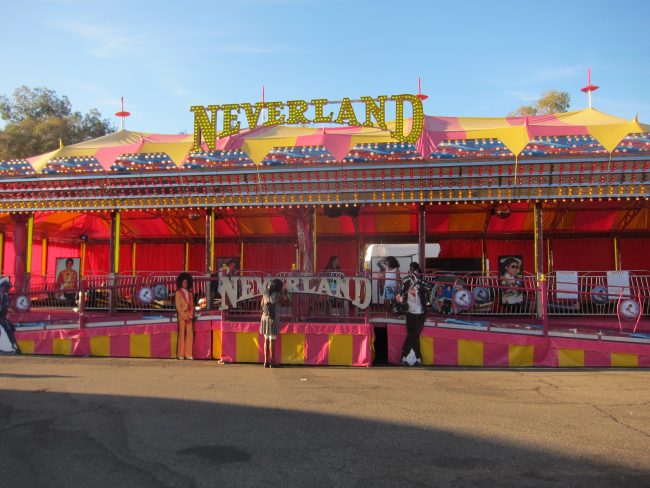 Three weeks ago, HBO premiered the movie “Leaving Neverland,” which immediately kicked off a social media backlash on Michael Jackson’s estate and his family. But now it appears Barbra Streisand has been swallowed up into the controversy on Twitter, while Diana Ross has drawn sympathy from the social media giant. In other words, their comments about the documentary has affected each one of these super divas differently.

Presently, social media is raking Streisand over the coal. Specifically, Barbra got herself into serious trouble when she commented on the Leaving Neverland documentary during an interview with the London Times. Streisand said, “You can say ‘molested,’ but those children, as you heard say, they were thrilled to be there.”

After the interview and almost immediate social media backlash, Streisand realized that he needed to clarify her London Times comments. However, her attempt to clarify seemed to only make matters worse.

Where Streisand’s attempt to clarify her comments fell on death ears, she gave a full throat apology. Nevertheless, Twitter continued to chew her up and spit her out.

Keya Morgan tweeted, “Wow. Is @BarbraStreisand the biggest [f%$#ing] idiot in the world or is it just me?

James Galyean post oh his Twitter feed, “Wow, @BarbraStreisand really is as evil-excusing and vile as you always thought she was.”

And Daniel Bugden replying to Streisand’s comments says, “Stay off Twitter, you are old and honestly irrelevant. Keep your backwards comments to yourself.”

Those are just a few samples of the avalanche of negative comments Streisand’s comments have unleashed.

Then Saturday afternoon, Diana Ross enters into the controversy. Huffpost reports, that Ross decided that Saturday was the day to come to the defense of Jackson, her longtime pal. She tweets, “This is what’s on my heart this morning… I believe and trust that Michael Jackson was and is [a] magnificently incredible. Within moments of her tweet, the Twittersphere and blogosphere went bananas. Articles were published online and on Facebook and many thousands of social media buffs went to their Twitter guns… and then… what transpired was somewhat unbelievable. Diana Ross drew friendly fire. To be more specific, it was praise.

Meera Singh wrote on her Twitter feed, “Every one PLEASE show support to the legendary Diana Ross for her support to Michael Jackson. Go comment under her tweet and flood it with positivity and love and respect for her. Do It.”

And MJJLegion tweets, “Diana Ross knew Michael Jackson closely for 40 YEARS. She trusted him with her children and they adore him. He named her as a possible guardian for his children in his will. She has EVERY RiGHT to defend the man she knew now that he cannot defend himself. THANK YOU @DianaRoss.”

Now there was a small number of tweets like Jorge Balcaceres, who tweeted, “Both Barbra and Diana Ross are wrong for not believing that that guy was capable of raping those children and many more.”

Electric Sammy tweets, “Stop in the name of love” when it come to saying all of these mean things about Michael Jackson. Here’s something we could also stop doing in the name of love: ignoring allegations that someone sexually abused children just because they’re famous and friends with you!”

But those tweets were out numbered more than 10 to 1. Unlike Streisand, there were clearly more tweets in support of Diana Ross.

Here is another example from Germaine, who tweets, “Actually there is mounting evidence that the current accusers are lying for financial gain. The lies and inconsistencies in their stories are too numerous to count at this point.”

CallMeEbby tweeted, ” He never gave wine to kids. That is a blatant lie. Get your facts straight. Also Two people can share a bed without sex being involved. Not every man is the pedophile. The world is not a monolith.

Twitter was not only praising Ross, they were literally giving her cover. It is, therefore, undeniably clear that social media users seemed to favor Ross comments over Streisand, even though both legendary entertainers made comments tended to give Jackson the benefit of the doubt.

What does it say when you have two superstars in the twilight of their respective careers sharing similar opinions about Michael Jackson and yet one receives Twitter praise while the other is ridiculed off the proverbial  stage of human interaction?  What does it say?

It says that Diana Ross and Barbra Streisand are two legends of equal status, but unequal in the eyes of their peers.

Entertainment: Barbra Streisand clarifies remarks on Michael Jackson accusers: ‘I feel nothing but sympathy for them’
AV Club News: Diana Ross wishes we could just go back to pretending the Michael Jackson allegations don’t exist
Twitter: