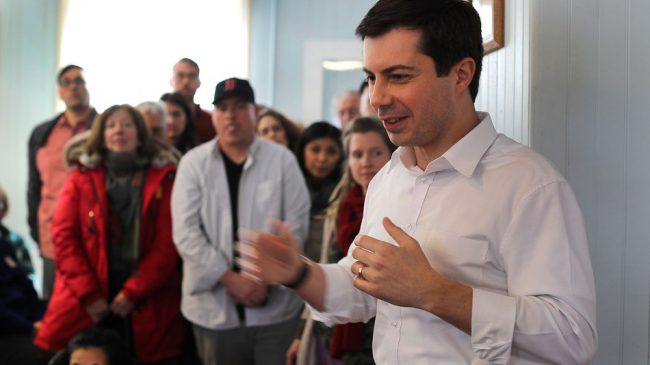 On April 24, 2019, Mayor Pete Buttigieg responded to Anderson “Andy” Pleasants @pleasantandy a supporter who was deaf who posted a video on Twitter.

Pleasants wrote above his video that he came up with a name for Buttigieg in sign language. He also discussed why he likes Buttigieg.

Buttigieg saw the video and posted a video to Twitter a week later. In the video, the Mayor said in sign language “Hello Andy. Thank you for your support, thanks.”

Scott Bixby from The Daily Beast retweeted Buttigieg’s video with the translation. He also wrote a deaf friend had given a verdict on the sign language “Not at all bad!”

The Mayor gave condolences to the French people after the fire at the Notre Dame Cathedral in French. It is reported he speaks eight languages: English, Spanish, French, Norwegian, Italian, Maltese, Dari, and Arabic.