The News School: A Path to Literacy and Entrepreneurship 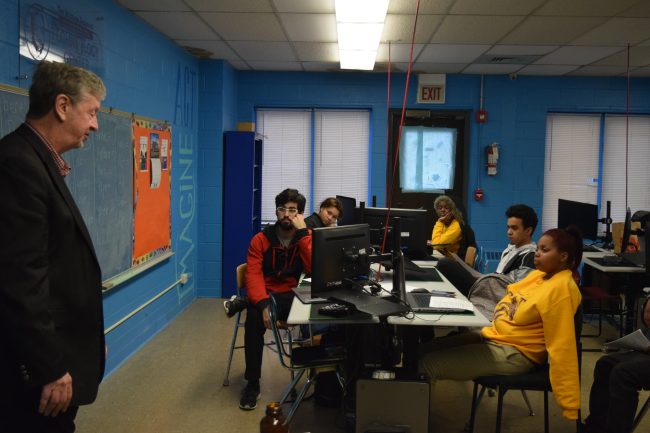 From grade school through my early college years, I failed at countless attempts to grasp and comprehend stories I badly wanted to understand. As I recall, it seemed as though I lacked the capacity to concentrate on the words and messages found in books that are central to the formation of stories of fantasy, drama, fable, legend, history, myth, and romance. I was enamored with both stories and storytelling, which seemed to magically convey events and ideas incomprehensible to the non-reader. And yet, I was unable to acquire enough understanding to imitate the practice. Since imitation has long been identified as indispensable to the process of learning, I grew ever more fearful that my condition was irreversible. According to Aristotle, “We learn (with great pleasure) through imitating others and that our instinct to enjoy works of imitation is an inborn instinct.” As I consider it here, imitation fits into the project based learning approach discussed near the end of this paper. With that said, I remained impervious to the reading and writing methods practiced in America’s public schools. Though my appetite to succeed in the world of literature continued to wax old, obtaining the required skills seemed to grow evermore elusive. Subsequently, I was consumed by a constant fear of not succeeding in the only thing that really mattered to me – education and the reading and writing literacy that it engenders.

Confidence: The Will to Succeed

As I reflect upon those daunting late teen years, I remember escaping, for a while, into the wonderfully innocent world of music and poetry. These artistic endeavors gave me a renewed interest in understanding the world, God, and my own raison d’être. Once I applied myself to the study of music and poetry, I quickly noticed a dramatic improvement in my ability to succeed in learning something new. The experience was intoxicating. As my teenage years neared their close, I had already authored a measurable body of self-reflective poems. My music education proved to be another confidence-builder as it strengthened my will and determination to learn, appreciate, and love the education process. Before long, I was performing Bach inventions and playing Beethoven sonatas on piano with the fluency of an accomplished pianist. I became confident in my newfound ability to grasp the complex language of musical notation. Though I was succeeding at learning these new communication skills, I still had not successfully decoded the mystery of reading and writing the English language.

I turned 39 years old in 1995. Though I had overcome some of the barriers responsible for obfuscating my untapped intellectual potential, my reading and writing skills were still superficial at best. I nevertheless became hopeful after coming across an opportunity to afford to pay for a bachelor’s degree with government loans and scholarships. The opportunity presented itself during a time in which I had begun cultivating an unquenchable interest in spiritual truths. I regarded university enrollment at such a late stage in life as a promising transformational opportunity that could likely unlock the prison doors that had left me intellectually impotent. It was a promise of freedom that I could not pass up. In 1996, I became a freshman at California State University in the city of Northridge (CSUN).

By 2001, I had received a master’s degree with distinction from CSUN. During the same year, I was accepted into a doctoral program at Claremont Graduate University. My acceptance letter included a comprehensive scholarship which paid 100 percent of my tuition.

While attending grad school, I began teaching Ancient and American History at the College of the Canyons and Citrus College, both schools were located in California.

In 2004, I accepted a General Manager position to run the BB King’s Blues Club located near Universal Studios. I had already spent my early non-academic years fashioning and cultivating social media marketing – long before it became the indispensable marketing force that it is today. 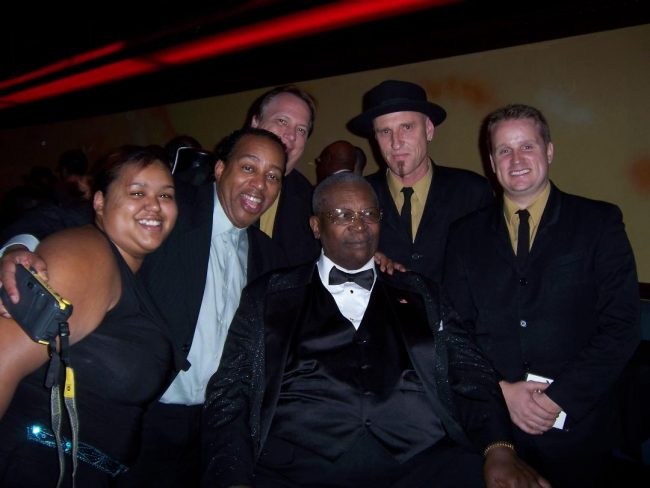 During my association with the BB King franchise, I developed sound, effective, marketing campaigns that distinguished my team and venue as the number one tenant among literally dozens of other City Walk businesses. Additionally, I continued to teach at community colleges while also keeping up my studies at Claremont. And as if that was not enough, I gradually developed a serious interest in educating myself about all facets of internet marketing. By immersing myself in the study of Php, HTML5, and CSS, I became a competent website builder and webmaster, setting the stage for the formation of The News School (TNS) and Frackle Media.

I had finally overcome my reading and writing fears and wanted a way to share my newfound communication skills.

In November of 2011, I stumbled upon an opportunity to work for a print newspaper in Las Vegas, Nevada. The thought of being able to regularly communicate news and information to a captive audience fascinated me. By early 2012, I had learned enough about the publishing process that I committed myself to the task of producing my own weekly print newspaper.

For twenty-two consecutive weeks, I printed 10 thousand weekly newspapers and personally delivered them to residents living in Henderson, Nevada. Though the cost of printing was significantly more than revenue earned, the education eventually paid off. We were not only serving print news, our newspaper was also published online. Through the assistance of my team, our online digital product was given membership into Google News. This membership allowed us to experiment with SEO as we learned how to write articles that could attract enough eyeballs to generate substantial revenue. Once we perfected our own innovative process of optimizing an article for Google search results, we began to build and implement an instructional writers boot-camp (The News School) in order to teach others how to write viral articles. 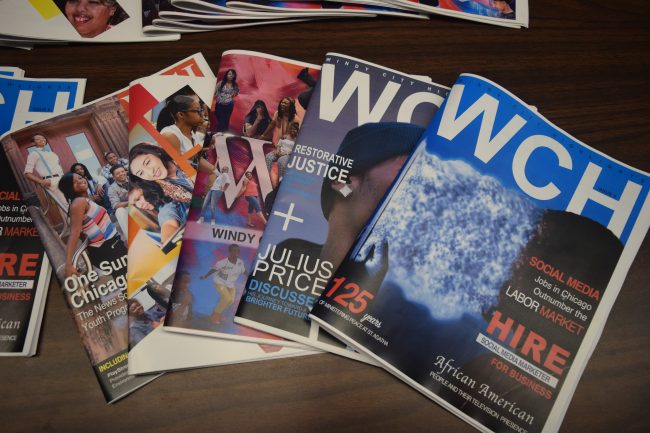 The News School (TNS) might be a rarity among the internet’s growing presence of news services. Established first as an online newspaper in February of 2012, the publication (then known as Guardian Liberty Voice) rapidly ascended to become a top tier online news site by the close of 2013. In 2014, the publication grew to average 7 million page views per month and managed to attract 5 million unique visitors during that same year. The growth was so significant that the publication became completely self sufficient. In other words, TNS was able to pay reporters, editors and administrative staff income comparable to market standards.

In 2015, the publication’s online traffic took a sharp decline as it struggled to comply with several Google algorithm updates. Specifically, Google’s May 3, 2015 Phantom update, which wreaked havoc on TNS as well as many other online news publications as the decline in traffic significantly impacted revenue opportunities.

We had figured out how to build a self-sufficient online news publication, however, we seemed to falter with consistency. This lead us to begin the process of reshaping our priorities and mission, while continuing to struggle to regain the kind of traffic we enjoyed in 2013 and 2014.

By the summer of 2016, TNS had not only reshaped its mission, it also aligned itself with St. Agatha’s Catholic Church located on the Westside of Chicago. With the assistance of St. Agatha’s staff, TNS began to shape and focus its curriculum around transforming youth and young adults into citizen journalists. To do this, TNS employed a project based learning approach which seeks to address the following types of literacy: Digital, Media, Disciplinary, Civic, Multicultural, Functional, Financial and Critical Literacy. Through the use of project based learning, TNS set itself on a multiyear educational journey that would have a lasting effect on the community it served. The intended impact would include lowering the crime, incarceration, poverty, and high-school dropout rates, and enhancing civic participation as increased educational literacy learning opportunities are provided to community residents.

What We Have Concluded:

What began as an I, has been transformed into a we. We at TNS would like to think of ourselves as boldly inclusive, quintessential education pioneers. Our sights are ever fixed upon improving the quality of life for community members who yearn to satisfy an intellectual curiosity that is bursting at the seams. We believe that the right to an education is one that must never be denied and always cultivated.

One Response to "The News School: A Path to Literacy and Entrepreneurship"