Apollo 11 Celebrates 50 Years Since Landing on the Moon 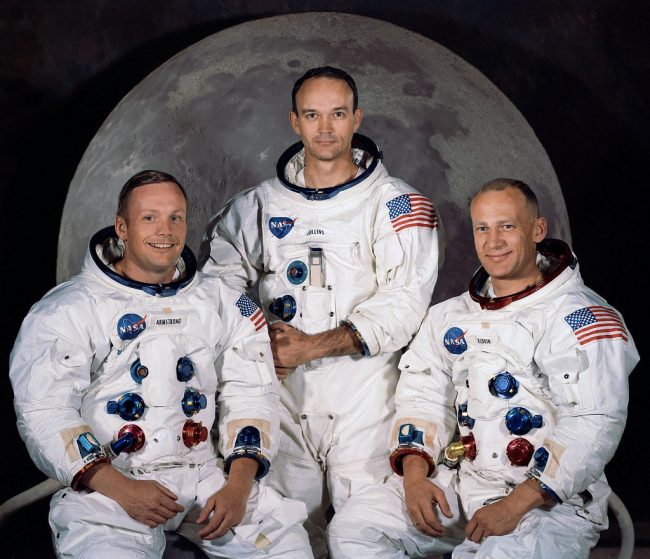 Soon it will be the 50th anniversary of when man walked on the moon. Many remember crowding around a black and white television with a grainy image as Neil Armstrong descended from the Apollo 11 ladder and bounced out onto the moon.

On Tuesday, July 16, 2019, the 555-foot Washington Monument was lit up with an image of the Apollo 11 shuttle blasting into space. The 363-foot projection of the Saturn V rocket will appear on the monument for two hours every night during the anniversary of this mission.

On July 19 and 20, this historical milestone will be celebrated with a 17-minute light show that will take viewers back to when Apollo 11 made the giant leap for mankind. The countdown to liftoff will even be shown beneath the Apollo 11 spacecraft.

Virtually Landing on the Moon in 2019

Since July 20, 1969 there have been articles written, movies produced, and documentaries created about that historical event, as well as other historical Apollo missions. Currently, a software package called “Starry Night,” which was developed by Simulation Curriculum, has become part of the Apollo 11 celebrations for July. “Starry Night” is a desktop planetarium. The program is able to show the moon in the sky from anywhere around the globe and can recreate the appearance of the moon looked on July 20, 1969. Additionally, the software allows viewers to join Buzz Aldrin and Armstrong on the Tranquility Base and view the rendering of the Earth overhead as the astronauts explored the moon. “Starry Night’s” photographic panoramic view of the Apollo 11 landing site will create a feeling of actually being there.

Additionally, “Starry Night” serves as a space simulator that includes accurate three-dimensional representations of Apollo 11, including the Saturn V rocket, the command and service module, and the lunar module.

Apollo astronauts flew nine lunar missions during the 1960s and ’70s with Apollo 8, 10, 11, 12, 13, 14, 15, 16, and 17. Each Apollo mission is included in exact detail. Users can display and replay the spacecraft trajectories for Earth, to the moon, and back. Each mission is created from data provided by NASA.

The time flow controls of “Starry Night” allows viewers to watch events unfold in real time, slow motion, or in fast forward. One can even pause time in order to appreciate the intricate dance that is required for key mission milestones to take place. The graphics engine allows users to view the Apollo missions from any perspective: hover next to the spacecraft or view the mission from afar, the display trajectories taken by the command modules from Earth to the moon, to the lunar surface, and safely back to Earth.

Recreating Those Apollo to Lunar Steps

To recreate the night Armstrong walked on the moon, launch the program and it will display the sky at the user’s current location for the current time and date. The parameters are displayed in the toolbar of the program. Toward the right end of the toolbar, there is a set of icons that will allow the user to control the rate time flows. Real time is the default setting, “1x.”

Now, “Starry Night” will display the sky for your current position on Earth for this historical event. To view the sky from a different location, click the three horizontal lines to the right next to the AM/PM button, then click “View From…” in the dropdown menu. Type the name of the city or town into the search bar, then click the “View from Selected Location” button.

For areas in the eastern United States and Canada, the moon was starting to set in the west when the first lunar steps were taken. If the moon was hidden by the terrain in the horizon panorama at that time, use a slightly earlier time. This is how to see the phase of the moon on that date.

“Starry Night” can also be used to view the sky over Tranquility Base. The SkyGuide allows users to easily experience Apollo 11. It only takes a few clicks to instantly observe each stage of the mission. Individual stages include still photographs and video clips with audio.

If the SkyGuide panel is not displayed on the left side of the screen, click View/Show SkyGuide Panel in the menu bar. Users can also search for “SkyGuide” and click Toggle SkyGuide. Click the Space Mission icon to see the list of missions and choose one to explore. The Apollo 11 mission is broken up into 12 stages in chronological order with an introduction. The user can start at any stage.

Once an event is selected, the screen will update for the simulation of that part of the mission. Most of the simulations will launch with time moving faster than real time. If the spacecraft disappears it means it has entered into the shadow of the Earth and it will soon reappear.

This program was made possible thanks to NASA’s spectacular record keeping. From 1967 to 1972, the Apollo program included several groups of astronauts who were either prepared for lunar missions or landed on the moon. Journeying to the moon required support from thousands of people on Earth, which included those who built the hardware that supported the astronauts.

CNN: For Apollo 11’s moon landing anniversary, the Washington Monument was made to look like a rocket
Space.com: Ride Along with the Apollo 11 Crew on Their Historic First Lunar Landing Mission!
Space.com: How NASA’s Apollo Astronauts Went to the Moon