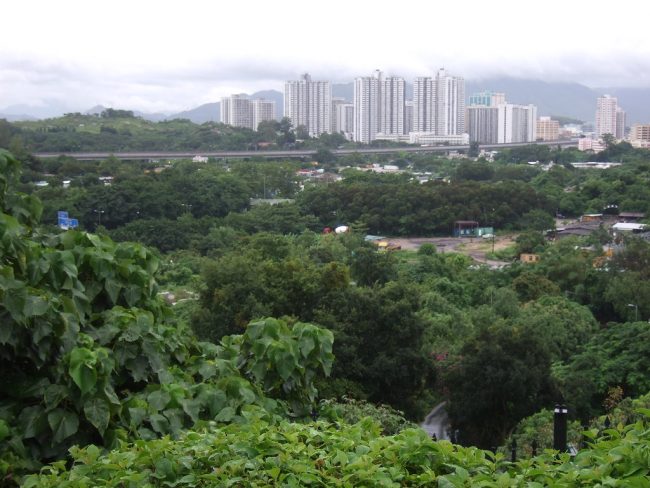 Weeks of protests have prompted fears of more violence in Hong Kong.

Dozens of people, including a pro-democracy lawmaker and journalists were injured in the assault that took place in and around a train station in Yuen Long. The train station is located in a satellite town in northwestern Hong Kong near the border of China.

The mob violence came after protestors and police came face-to-face near the liaison’s office for the Chinese government. The mob attack in Hong Kong raised questions as to why officers did not protect the protestors. People have become more critical of the use of force by the police recently.

Graffiti was painted on the liaison’s office in Hong Kong on Sunday, and ink was thrown on the crest of the Chinese state display. This was an act that “openly challenged the authority of the central government,” according to officials of the Chinese government. Earlier, protestors participated in a march that was peaceful and called for an independent investigation into accusations of police brutality.

Chief Executive Carrie Lam condemned the vandalizing of the liaison’s office and the mob attacks in Yuen Long. She said these actions challenged “China’s sovereignty and hurt the nation’s feelings.”

Mainland China media outlets had previously given little notice to the protests, however, these same outlets carried stories on Monday reporting the damage to the liaison’s office. Additionally, they covered the denunciations of the vandalism by Hong Kong and central government officials. The main state broadcaster, CCTV, showed the graffiti on the office exterior and Chinese social media had many comments of criticism for the protestors in Hong Kong.

On Monday, The People’s Daily (the news outlet for the Chinese Communist Party) said that the damage to the liaison’s office “not only trampled on the rule of law in Hong Kong, but also openly challenged the authority of the central government.”

The mob attacks in Yuen Long show that the protests have entered a stage that Hong Kong activists fear from the past – the use of thugs to intimidate protestors. According to the injured, the attackers were members of organized crime societies known as triads. Protestors complained that the violence was encouraged by supporters of the government and ignored by the police.

Pro-democracy lawmaker, Lam Cheu-ting, was hit on his face, hands, and arms. His mouth was cut, and he needed 18 stitches. He says,

I have a strong reason to believe there were gangsters. I don’t think any ordinary citizens have done such sophisticated, organized attacks on this kind of level.

Lam stated that he was informed someone was being assaulted in the train station around 9 p.m. local time, and he warned the Yuen Long police. He went to the town by train and saw thugs carrying batons, wearing white shirts, and “running rampant.”

Thugs repeatedly entered the train with the batons to attack all the people on the train. Journalists, pregnant women, and ordinary citizens were attacked by those gangsters.

Why Are There Protestors in Hong Kong?

Weeks ago, protests began in Hong Kong over a proposal that would allow extraditions to mainland China. The demonstrations have expanded to include demands for direct elections for a city leader and complaints about police brutality against protestors.

[Note: In 1997, the Chinese government promised that it would maintain “one country, two systems” for the next 50 years in Hong Kong.]

The police response to the mob attack was condemned by Lam as “woefully inadequate.” He said the group was gathering as early as 6 p.m.

An assistant district police commander in Yuen Long said that officers made no arrests and found no weapons. However, an encounter captured by photojournalists showed riot police speaking with two masked men in white shirts holding metal bars or sticks. They patted one on the shoulder before walking away.

Lam stated the behavior of the police force in unbelievable, disgusting, and shameless.

Hong Kong police commissioner claimed that the protestors slowed down the police response to the violence at the train station.

Our manpower is stretched because every time when there is a major event which will lead to violent confrontations we have to deploy some manpower from various districts to Hong Kong Island.

A day after the violence, police stated they arrested two men in Yuen Long for charges of illegal assembly.

Gwyneth Ho is a journalist for the Hong Kong-based online outlet Stand News. She continued to live stream the violence after she was attacked. Ho reported on Facebook that she was bleeding from her head, needed four stitches on her right shoulder, and had sustained bruises to her back.

Social Affairs Executive for the Hong Kong Catholic Institution Staff Association Galileo Cheng said he rode the train to Yuen Long after attending protests. He also live streamed the violence at the train station, however, his feed went dark after he was attacked. The helmet he was wearing was cracked and he sustained injuries to him upper lip, hands, and elbow.

Those thugs kept assaulting me and even assaulted a woman with an infant at her waist.

Forty-five people were injured in Yuen Long, according to the Hospital Authority of Hong Kong. One of these people were in serious condition. Another 14 people were in need of treatment after police and demonstrators clashed near the Chinese liaison’s office on Hong Kong Island, an hour south by train.

Establishment and pro-democracy parties condemned the violence, while some government supporters were accused of playing down and even endorsing the attacks on the demonstrators. Pro-establishment legislator, Junius Ho was seen in a video late Sunday with a group of men in Yuen Long carrying flags of Hong Kong and dressed in white shirts.

He thanked the attackers and referred to them as his “heroes.”

Ho denied any connection with the attacks and said he was only speaking with people who approached him as he walked by.

Pro-government protestors, on Saturday, gathered near government headquarters to express their support for the police. Arthur Shek, a founder of the Hong Kong Economic Times told attackers to respond to protestors with PVC pipes or canes.

What do we use them for? To teach our sons. So remember one thing: We don’t need force, we need discipline. You use a cane to teach your son – how can you call this violent?

There is a long history in Hong Kong of thugs and gang members intimidating demonstrators. During the pro-democracy Umbrella Movement in 2014, some triad members and other men from mainland China attacked a demonstration camp that was occupying a roadway in the Mong Kok district.

In 1989, after protestors were crushed by soldiers in a pro-democracy demonstrations in Beijing and other Chinese cities, a Hong Kong event created to mourn the dead was canceled after a confrontation between officers and a man who was believed to be from the mainland.