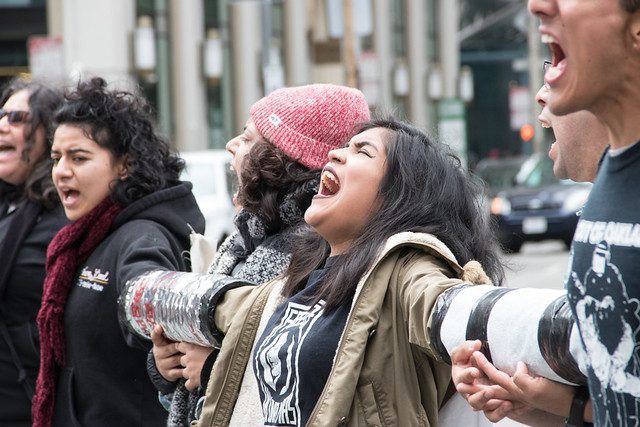 A standoff between a chain of neighbors and US Immigration and Custom Enforcement (ICE) officers began on July 22, 2019 when a Tennessee man was almost taken into custody.

For several weeks, residents in a small Tennessee town have spotted an unmarked white Ford circling the streets of Hermitage. The appearance of the vehicle did not cause any alarm until Monday morning when the truck’s driver turned on its red and blue lights, blocking a neighbors’ car from leaving his home, and then demanding the arrest of both him and his 12-year-old son.

The man, with his son in the car with him, called both immigrant rights activists and neighbors for help. Neighbors then rallied together and bought the father and son gas, water, and food in order for them to be able to stay in the car – away from the police.

Many of the neighbors have known the man and his family for years, and were confident that there is no reason why police should arrest someone who only “take[s] care of their family and take care of the community.”

In what seemed to be a unanimous decision, the group of activists and neighbors clasped hands around the man’s vehicle, preventing ICE officers from forcefully taking the man from his car and into custody. The event was later live-streamed as more people in the area were informed of what was happening, leaving their homes to witness what was happening.

The standoff lasted several hours, even as the temperature rose to 90 degrees, leading to the neighbors supplying the man and his son with cold towels to stay cool as they continued to wait out the officers.

Meanwhile, witnesses told news broadcasters how officers “talked to them like they were nothing” as they tried to convince the pair to step out of the van. The officers reportedly baited the people standing around the van with cash rewards for the pair’s arrest, saying that they would have to get out eventually.

Eventually, seeing as nothing legally obligated the family to exit the car, the officers left the scene in order to “keep the peace.” The activists and neighbors then made a human chain lining the path to the family’s house, erupting into cheers as the father and son jumped from the car and made it into their front door.

msn: ICE officers came for a Tennessee man. His neighbors stepped in to stop them.

CNN: ICE officers came for a Tennessee man. His neighbors stepped in to stop them.