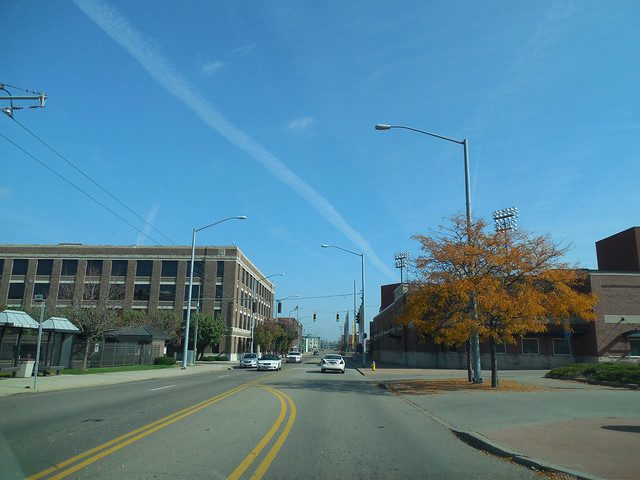 The Oregon District mass shooting memorial in Dayton, Ohio was moved after the Dayton Massacre. The structure was in front of Ned Peppers’ bar room in Dayton. Peppers’ stated that after the memorial is moved the business will reopen.

The pandemonium erupted on early Sunday morning, on Aug. 4, 2019. After the massacre, the streets of the Oregon District were dark and tranquil.

Memorials that are all along Dayton’s East Fifth Street are all that survived the blood paved massacre. Twenty-seven people were injured, and nine people were killed in the massacre.

The biggest memorial for the victims is in front of Peppets’ place of business. The small mom and pop business is where the mass shooting took place. The building is on East Fifth Street in Dayton.

However, the owner gave his employees time to rectify and comprehend the tragedy. Also, other business near the site of the massacre exhibited the names of the victims.

The renegade faction of the media claimed an obituary existed of another Connor Betts. Betts was the Dayton shooter.

He lived in Suffield, Connecticut. The online media firms reported their uncanny theory.

Some members of the media gambled their reputations that Betts’ death was staged. Also, they reported that he had entered the Witness Protection Program. Then, he left in 2019 to commit the violent and bloody massacre.

The implausible theory contained three facts that verified the media’s irritational logic. Although, one piece of evidence was that both individuals had sisters named Megan. Also, they shared the same first and last names. Finally, the two resembled each other.

The unhinged analysts in the media reported that an intricate plot would clearly confuse the premise. However, the conspiracy might have involved a bogus expiry of an individual’s life.

In conclusion, the two individuals did not look alike. Also, Snopes reported that the deceased Betts’ family survivors found the comparison deeply resentful.

A large and boisterous anti-second amendment crowd shouted at Ohio Governor Mike DeWine. Additionally, the incident happened in the aftermath of the Dayton Mass Shooting. Also, pro-gun and self-defense advocates are concerned about Constitutional rights concerning the Second Amendment in Dayton.

Dayton Daily News: Dayton shooting: Memorials all that are left after chaos Sunday
Snopes: Did the Suspected Dayton Mass Shooter Actually Die in 2014?
Cincinatti.com: ‘Do something!’ The mourning of Dayton shout down Ohio Gov. Mike DeWine in call for action

One Response to "Dayton Massacre and Renegade Journalists"