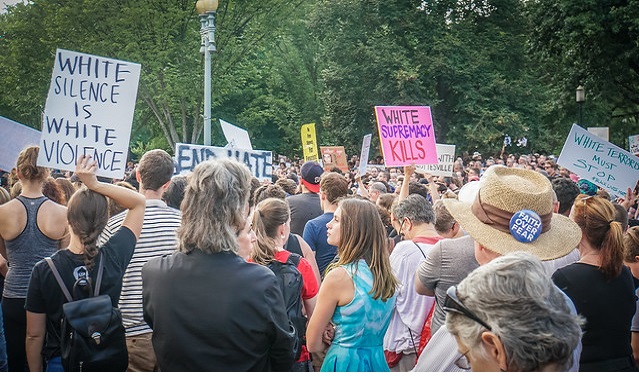 White nationalism is on the rise in America. With his nationalist rhetoric and policies, President Trump has become part of this continuum, giving license to millions to express their white grievance in new ways and refusing to condemn or prosecute their violence in any meaningful way. If this makes America great “again,” white nationalism must be the American dream.

America has a much longer and darker history than many want to acknowledge, one deeply entangled with the country’s brutal legacy of slavery and white nationalism, its conflicted relationship to immigration, nativism, and xenophobia. White supremacy and white nationalism are closely related concepts. White nationalists believe white privilege should be built into social institutions. They believe that to truly be American is to be white.

Every step forward America has made included a battle with white supremacy. They have used intimidation, murder, lynching, blowing up and burning churches, yet the 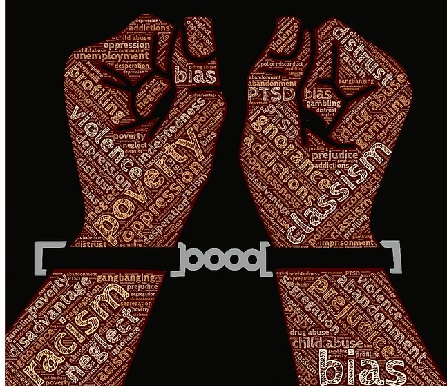 country pressed on. Why? Because the idea of unity cannot be killed. Yes, a lot of people have died and suffered great loss but progress is still in the air.

The America which white supremacists fought for and still seek no longer is. It has not existed for a very long time. They just refuse to accept it. So they commit mass murders and kill people in the name of “love for their country.”

Truth is, no one knows America better than those who have seen it at its worst and best. Those citizens who are black, brown, homosexual or a woman know this country well. They know how beautiful America is, but they have also experienced the dark aspects. Guess what? Many of these victims and victors still love it.

White supremacists hate it because they are just now being introduced to it. They detest it. Not the America they dreamed of, but the one they bragged about being inclusive; you know, the land of opportunity… Now it is finally headed in that direction! These extremists are angry.  All the things that were said about America are now coming to fruition and they hate it.

Even though black America has endured slavery, police brutality, systemic racism, mass incarceration, what this country did to white people is worse! It lied to the white community by telling them they are something that they are not. They believed it and now feel like these other races are taking something that belongs to them.

America was never just a white nation – NEVER! The country never belonged to the white citizens. Now, these white supremacists are left behind because they never thought they had to keep up.  Are they not the standard that every other race must reach up to?  So this act of “betrayal” causes them to seek to destroy anything that is not reflective of the “white is right” theory. 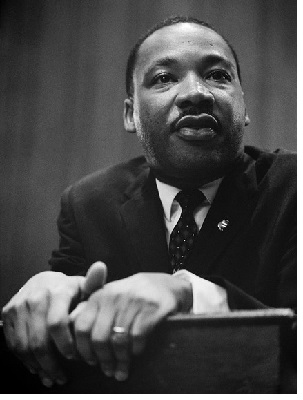 Dr. Martin Luther King, Jr. had a dream, but is white nationalism the American dream? There is a biblical verse in Proverbs that reads, “Hope deferred makes the heart sick.” The problem with white nationalist is the America they are seeing is not the country of their dreams.  Surely, anyone who would go to such extreme terroristic measures is sick, right???  They dream of a country where they reign supreme and no other race prospers without permission. Well, that fantasy does not exist and instead of sweet dreams, people are waking up with nightmares of a nation filled with all types of people.

When speaking of white nationalism and supremacy Andrew Whitehead, an associate professor of sociology at Clemson University, said:

It is relatively common to think America is meant to be a Christian nation. But, in some cases, this belief is infused with racism and bigotry and becomes a reason to harm members of racial or religious minority groups.

Unfortunately, the never-ending gun issue has been tied, since the nation’s inception, to white people’s problems with race. So when a white supremacist take arms against Americans or foreign nationals because they are anything but white, it must be treated as a systemic problem rather than a shocking and surprising abnormality.

Christian nationalism is intimately associated with opposition to gun control. It justifies doing nothing to reduce the number of guns or types of weapons that are made readily available. Many white evangelicals believe mass shootings happen because America has turned its back on God. They think we have to re-institute Christianity’s prominence in the public sphere to address gun violence.

The factors that led to President Trump’s election have influenced the mainstreaming of the very white supremacy that he dismisses: a distrustful, divided polity, and an expanding, chaotic digital media. More recently, Trump launched a white nationalist–themed attack against four Democratic congresswomen of color who have been outspoken critics of his administration’s war on immigrants and attention-earning proponents of more progressive government policies.

Many Trump supporters refused to call his obnoxious outburst what it is … racist and xenophobic hate speech. If Americans are going to be serious about facing the growing threat of far-right white nationalism around the world, the country’s leaders have to acknowledge it, before it can effectively be countered. Unless, of course, white nationalism is simply the American dream.

The phrases “go back to your country” or “go back to where you came from” and their variations have been used to attack racial, ethnic, and religious minorities around the world for generations. But it is also an important sentiment for white nationalists, who see immigration and multiculturalism as threats to white-majority power and cultural dominance, or as an attempt at “white genocide.”

House Speaker, Nancy Pelosi, slammed Trump’s “disgraceful and disgusting” tweets. She called them racist during a speech on the House floor. She exclaimed:

“Every single member of this institution should join us in condemning the president’s racist tweets. To do anything less would be a shocking rejection of our values and a shameful abdication of our oath of office to protect the American people.

Not only did Pelosi call Trump out in front of congress, but she also tweeted:

“When @realDonaldTrump tells four American Congresswomen to go back to their countries, he reaffirms his plan to “Make America Great Again” has always been about making America white again. Our diversity is our strength and our unity is our power.

Many Republicans slammed Pelosi for speaking against President Trump. They refuse to see his actions, behavior, and choice of words as brutal attacks. Remember, he won the Oval Office with the same rhetoric along with the hope of “Making America great again!” Some have yet to realize a time when the country was great, but that is because they still do not comprehend that white nationalism is the American dream. It is time to wake up and see how great America already is while working harder to make it better!

2 Responses to "White Nationalism Is the American Dream"