Cannabis and the Effects on Unborn Children 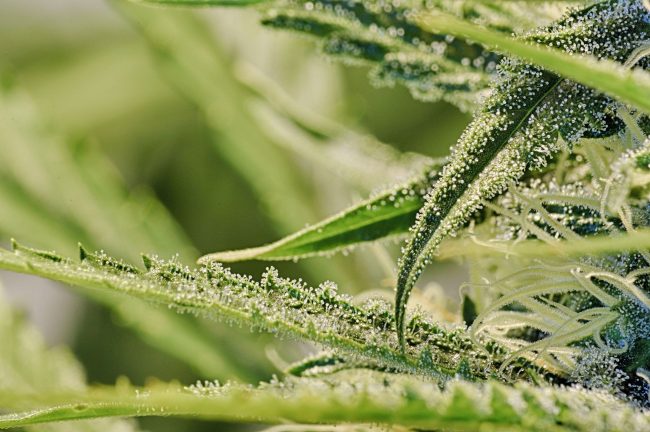 Through a new study, researchers have learned that prenatal exposure to THC changes the behavior and brain chemistry in male rats. THC is the main psychoactive compound in cannabis and has also been linked to hyperactive dopamine neurons and increased sensitivity to the effects of THC in pre-adolescent rodents.

Miriam Melis is a neuroscientist at the University of Cagliari Cittadella Universitaria in Monserrato, Italy. She administered THC to pregnant rats before carefully studying the behaviors of the babies.

Melis and her colleagues discovered that male offspring had a heightened susceptibility to THC. Additionally, the rats’ dopamine neurons in a region of the brain called the ventral tegmental area were hyperactive. This is the part of the brain involved in reward motivation.

Previously, research linked prenatal cannabis exposure to psychiatric disorders such as schizophrenia and forms of psychosis in adolescence. The authors believe the latest findings may explain why this occurs.

Scientists were able to correct the dopamine hyperactivity and behavioral changes. They treated the male rats with pregnenolone, which is an FDA-approved drug for treating schizophrenia, autism, and bipolar disorder.

According to Joseph Cheer, PhD, a professor of anatomy and neurobiology and psychiatry at the University of Maryland School of Medicine, “This is an exciting finding that suggests a therapeutic approach for children born to mothers who used cannabis during pregnancy. It also raises important questions that need to be addressed such as how does pregnenolone exert its effects and how can we improve its efficacy? Do these detrimental effects persist into adulthood, and if so, could they also be treated in a similar way?”

The findings were published in Nature Neuroscience and comes on the backdrop of the growing legalization of cannabis in the United States. Some pregnant women use cannabis to treat morning sickness and anxiety, however, this new evidence suggests there may be long-term consequences for the brain development of the baby. More research is required for clarification.

At the 2018 annual meeting of the Society for Neuroscience in San Diego, California, findings from a number of studies showed that cannabis can potentially harm and benefit depending on age and disease.

One discovery was that exposure to cannabis before birth and during the teenage years can affect the developing brain in a number of ways.

Some of the ways cannabis can affect the brain is to disrupt communication between different parts of the brain, others interfere with learning and memory, and the disruption of levels of chemical messengers and metabolic compounds.

However, exposure to cannabis can improve memory in Alzheimer’s patients and even reduce some of the symptoms.

There are more than a hundred compounds in cannabis called cannabinoids. They can alter the release of messenger chemicals in the brain and the nervous system.

Cannabis is the most popular illicit drug in the United States. According to a nationwide survey, 22.2 million people 12 and older said they used it in the past month.

Additionally, the percentage of the people in this age group who reported using the substance during the past month has risen from 6.2 to 8.3 percent from 2002-2015.

The number of people using cannabis for recreational and medicinal use is growing. People use the substance to help alleviate pain and symptoms of multiple sclerosis, epilepsy, and other long-term conditions.

The increase in cannabis use along with the relaxation of legislation in many states is not matched by the increase in conclusive evidence on the long-term harms and benefits.

Six studies unveiled at the meeting shed new light on the long-term effects of its use over a lifetime.

Here is what researchers discovered:

According to these six studies and others, cannabis can have long-term negative side effects to an unborn child, however, it is the most popular illegal substance among pregnant women.

Additionally, experimentation with cannabis often begins in adolescence, a time when the brain is still developing and vulnerable.

Dr. Michael Taffe researches substance abuse therapy at the Scripps Research Institute in La Jolla, California. He cautions that the studies underscore the need for “a better understanding of the negative aspects as well, particularly for pregnant women, teenagers, and chronic users.”