Michigan Teen, Bobby Reyes, May Have to Be Removed From Life Suuport 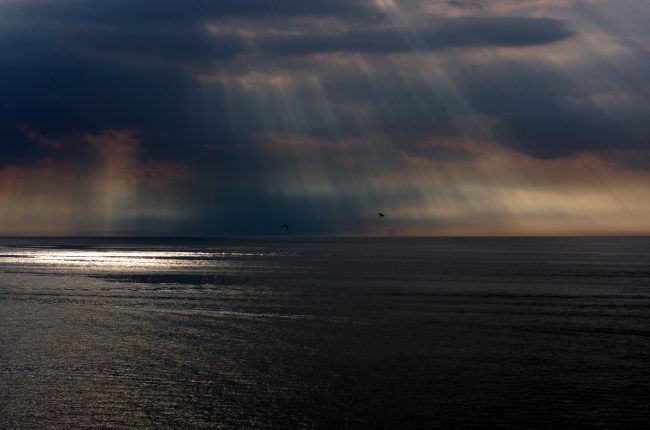 In Ann Arbor, Michigan, a 14-year-old boy’s planned removal from life support may move forward after a judge rules the court lacked jurisdiction to do anything other than dismiss the case.

At the end of September 2019, a court order prevented Michigan Medicine in Ann Arbor from taking Bobby Reyes off life support. Washtenaw County Trial Court Judge David Swartz said the hospital can now proceed with a second examination to confirm Reyes’ cessation of functions are irreversible. This includes the brain stem.

The initial petition to keep Reyes on life support was filed in the wrong court. The 14-year-old’s attorney said he was left with only a few options to keep the teen on life support. Amadeo had planned to file an immediate request for a 48-hour stay to be able to file a petition with the Michigan Court of Claims.

C.S. Mott Children’s Hospital determine that Reyes was brain dead. The judge’s decision to put Reyes’ fate in the hospital came as they were planning to remove him from life support after discovering the teen was brain dead.

Reyes’ family has been working to find another medical facility that would be willing to keep him on life support.

“My feeling is whenever any qualified hospital makes a ruling, it’s hard to find a facility that would go against that. I don’t think UM is doing anything intentional here – I believe they think they are doing the right thing. I disagree with their opinion, but it’s not a witch hunt with UM. My frustration is…just because UM says something, other hospitals are scared. I don’t think UM has threatened anybody, but they have such a big name it’s making out life a living hell to find another facility,” said Amadeo.

Judge Swartz felt that “his hands were tied,” because of a previous precedent that stated the court lacked jurisdiction. He noted that while the lack of a proper venue can result in a case being transferred, a lack of jurisdiction cannot.

“The court understands the magnitude of the question involved here. It is certainly very sympathetic to all of the concerns and heartbreak of the petitioner. But if the court doesn’t have jurisdiction, the Supreme Court has made it clear to have no authority to do anything.”

On Saturday, Sept. 21, Reyes was riding in the car with his mother when he suffered an asthma attack. He went into cardiac arrest before emergency medical crews arrived. He was flown to C.S. Mott Children’s Hospital in Ann Arbor, and doctors determined that Reyes was brain dead. They were preparing to remove him from life support.

On Sept. 30, the court issued an order that prevented Michigan Medicine from removing the teen from life support while his family worked to find a facility that would take care of Reyes.

However, the order has expired, and the hospital is fighting an emergency motion from the family, which was filed on Oct. 11, to keep the teen on life support.

Sarah Jones, Reyes’ mother, remains hopeful a hospital will be willing to care for her son.

“We’re not agreeing to it because we know he’s not brain dead. He’s going to get accepted someplace – it’s in the works.”

On Sept. 24, an initial examination determined Reyes was brain dead. The examination showed there was no detectable brain or brain stem function. Further testing showed no electrical activity and no blood flow to Reyes’ brain.

Due to the severity of Reyes’ condition, no facility has been willing to take the teen. The family cannot even find a long-term facility because Reyes would need a tracheostomy, which the family has found to be ethically problematic, according to a court affidavit.

Since he was admitted to C.S. Mott, Reyes’ condition has worsened to a point where soon, he will not be able to be moved, even if a suitable facility is found, according to hospital officials.

“Michigan Medicine needs to proceed with a second examination to confirm there is irreversible cessation of all functions, including the brain stem.” Hospital officials reported this before the hearing.

“Michigan Medicine follows the State of Michigan law on determination of death, and conducts extensive testing before determining there is brain death due to the irreversible cessation of all functions of the entire brain. All of us empathize with the extraordinary emotional process that families facing such matters go through. Our team of highly experienced and specialized nurses, doctors and other health professionals exhaust every available option to help patients who are critically ill.”

Amadeo stated he has been in contact with three doctors – one retired – who believe Reyes “has a shot at life.” One of the physicians, Dr. Richard Bonfiglio said he wants to review the medical charts and perform an examination on Reyes; however, he can be denied by C.S. Mott based on the court ruling.

“We are now close to finding that facility,” according to Amadeo. “I do not think a procedural error should be the reason this young man does not have a chance at life.”