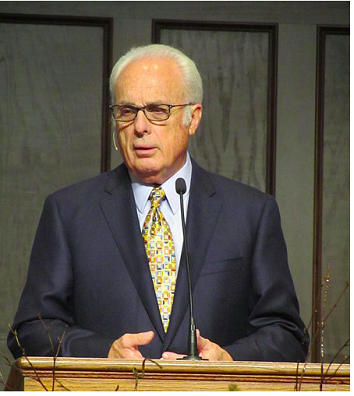 Evangelical pastor John MacArthur, speaking at a celebration of his 50 year in pulpit ministry this week, weighed in on an ongoing debate in the Southern Baptist Convention (SBC) over women preachers, claiming the nation’s largest Protestant denomination has taken a “headlong plunge” and lost faith in the authority of the Bible. The pastor went on to slam Beth Moore and claimed the #MeToo movement was a sign the culture was taking over the church and accused feminists of wanting power rather than equality. He also took the liberty of comparing women preachers to salespeople peddling jewelry on television.

This recent dialogue occurred during the 2019 “Truth Matters Conference,” held on October 16-18 at Grace Community Church in Sun Valley, California, where he is pastor, MacArthur, and other panelists were asked to give their gut reactions to one- or two-word phrases. When asked to respond to the phrase, “Beth Moore” he simply replied, “Go home.” Unfortunately, his male chauvinistic rhetoric was received by conference attendees with sounds of applause and laughter.

MacArthur also criticized the Southern Baptist Convention for its support of critical race theory and intersectionality, seeing it as a sign that “liberalism” was taking over. He also dismissed calls for more ethnic diversity on Bible translation committees. His unwarranted comments provoked a spirited response on social media and one in particular from his main target, Beth Moore. As a prominent female minister and public advocate of justice and equality, Moore maintains her stance of operating in love and grace. She simply tweeted:

I’ve lived long enough to know what I want out of life. My aim is to live & love in imitation of Jesus. Though I daily fail, I’m resolute in the pursuit. It is not that I do not care what you think or what that looks like to you. It’s that I care incomparably more what He thinks.

I did not surrender to a calling of man when I was 18 years old. I surrendered to a calling of God. It never occurs to me for a second to not fulfill it. I will follow Jesus – and Jesus alone – all the way home. And I will see His beautiful face and proclaim, Worthy is the Lamb!

Here’s the beautiful thing about it & I mean this with absolute respect. You don’t have to let me serve you. That gets to be your choice. Whether or not I serve Jesus is not up to you. Whether I serve you certainly is. One way or the other, I esteem you as my sibling in Christ.

MacArthur’s heartless comment and disgusting discourse regarding Moore was disparaging for every woman who has ever answered the call to ministry. In one clean swoop, this leading voice in the Christian arena attempted to shut down the gift that women have to support the spread of the message and love of Christ. Ironically, his disposition and level of arrogance looked nothing like the God he teaches about. Has this preacher chosen to exchange love for stones? It sure sounds like it. After the distasteful video went viral, Jamie Morgan, lead pastor of Life Church, had this to say:

John, we must part with any sentimental or nostalgic notions of womanhood where women sweep and cook while the men do the “real work” of ministry. I wish you could meet with the women who contend alongside me as co-workers of the gospel mission: they are gifted, wise, and brave.

John, I know you care about the gospel, and we can’t do the work with one hand tied behind our backs. The gospel of Jesus Christ is just too important. Let the Phoebes, Junias, Euodias, Syntyches, and Nymphas do their work—and you do yours too. 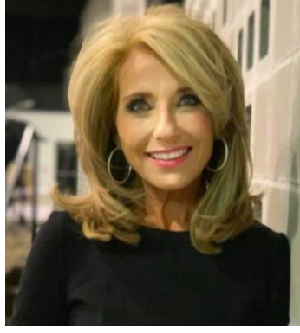 Unfortunately, MacArthur does not stand alone in his shallow thinking. For many, the issue of women in the ministry is a tedious and long-fought battle that, at least in precept, is a battle that has been won to the positive inclusion and acceptance of women in the pastoral role of church leadership. For others, the issue still brings a great deal of pain and agonizing over the “rightness” or “wrongness” of women serving as pastors. Regardless of which side of the fence Christians find themselves, any true believer would have to admit the lack of love and grace when listening to MacArthur’s comments at the recent conference.

While some choose to remain stuck in outdated untruths, it should be refreshing to know that not all agree with the pastor’s thought process. Many leaders have embraced women in ministry. This is a great time to revisit the words of the prophet Joel:

The work MacArthur has contributed to the church at large and the passion he has for ministry is undeniable. He emphatically believes the “church” world would be a better place if women did as they were told and “stayed home.” However, the great gospel mission cannot impact the world in the ways God has planned if kingdom servants are held back. “The fields are ripe and the work is great,” hence, Beth Moore and others cannot “go home,” there is simply too much at stake.

As one of the leading champions of Reformed theology and of complementarianism, he may never embrace the idea of women sharing his pulpit. That is okay. Women were crucial in leading Jesus’s movement in the very beginning and they are doing a great job today. If women are celebrated, empowered and given freedom to exercise their gifts in leadership as God intends, imagine what it could do for the global Church — God’s kingdom on Earth as He intended — a glorious, united and beautifully vibrant people of all spectrums.