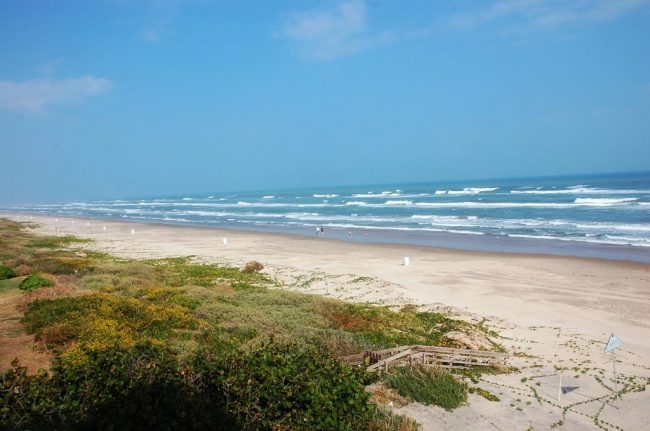 An arrest warrant has been issued for the man who allegedly stole the vehicle belonging to the New Hampshire couple found dead and buried on a South Texas beach.

On Tuesday, Oct. 5, 2019, the Kleberg County Sheriff’s Office in Kingsville, Texas reported that Adam Curtis Williams, age 33, is wanted on felony theft charges. He was identified as the man seen in a photograph released on Monday. He was crossing the border into Mexico in a vehicle that belonged to James and Michelle Butler. The Butler’s bodies were found in a shallow grave in Corpus Christi last week.

Kleberg County Sheriff Richard Kirkpatrick said in a news conference on Tuesday, “This person is considered armed and dangerous.” There was a woman traveling with Williams, Amanda Noverr, is also a person of interest in the case.

Police believe Williams and Noverr had contact with the Butlers.

The couple disappeared on Oct. 15 when they were camping on Padre Island, near Corpus Christi. They were reported missing on Oct. 23 after friends and family lost contact with them. Their bodies were found on Oct. 27.

According to officials, the Butler’s deaths are being investigated as homicides. On Tuesday, the sheriff’s office stated that they are withholding the causes of death.