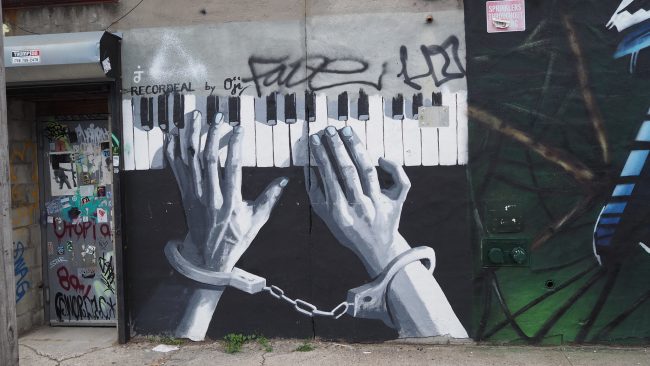 According to The New York Times, Ola Salem was a fearless woman. When she was a teenager, she stood up to the managers of an amusement park after she was banned from all rides because she was wearing a headscarf. She worked out in a boxing gym and she was considered a fierce protector at the domestic abuse shelter where she volunteered. She was so fearless she even went skydiving.

Her body was found on Oct. 24, 2019, in Bloomingdale Park on Staten Island. She was fully dressed and partially covered with leaves, according to police.

However, her death has not been ruled a homicide and no arrests have been made. News outlets reported that there were not any signs of blunt-force trauma to her body. Nevertheless, she had marks on her body consistent with having been dragged into the underbrush.

Al Baker, a spokesman for the New York Police Department, stated that there is an ongoing investigation into Salem’s death, but he would not comment any further. The medical examiner’s office reported that the cause of death has not been determined because they are waiting for the toxicology report. This could take weeks.

Friend to Salem and president of the Asiyah Women’s Center in Brooklyn, the domestic violence shelter where Salem volunteered said, “I don’t know who did this to her. I have not one single clue.”

The sense of mystery deepens when one discovers there are questions about Salem’s marriage. It was a tumultuous relationship that seemed to have spiraled after the couple separated over a year before her death. Both parties filed orders of protection against each other. At one point, Salem sought refuge at the shelter where she volunteered.

At the time of her death, Salem had filed a restraining order against her husband, according to The New York Post. However, police have declined to confirm the report and release the name of her husband.

The police confirmed that there was an order of protection against Salem. She was arrested on at least one occasion, in March, for violating the protection order, according to police. They said the victim was a 21-year-old male.

Advocates for victims of domestic violence say it is not unusual for there to be two orders of protection in abusive relationships. Preemptively filing for an order of protection can be a tactic used by an abusive partner to discredit the victim or cast suspicion.

Salem’s father, Kabary Salem, stated in an interview that his daughter told her mother she had been followed on the highway. “She always said somebody would follow her.”

Salem met her husband when she was taking classes at Kingsborough Community College in Brooklyn, according to Kabary. Salem moved back to her family’s home on Staten Island after she separated from her husband. However, at the time of her death, she had left her family and was believed to have returned to her husband. Her father would not name Salem’s husband.

He said: “I want to know what happened to her, what is the reason for that – but no one tells me – I am just waiting. She was a really good, beautiful girl.”

Salem’s parents are originally from Egypt. She grew up in Coney Island in Brooklyn and was an active member of the Muslim American Society Youth Center in South Brooklyn when she was a teenager.

In 2011, Salem was 17 and she made headlines when she visited Playland Park, an amusement park in Rye, New York. This was part of a trip organized by the society to celebrate the end of Ramadan.

Workers told Salem that she could not join her sister on a ride because of her hijab and she asked to talk to management. The issue escalated, and a minor melee broke out that involved 15 people who were arrested.

Salem told The Times, “They said ‘no’ because of my ‘headgear’. I said ‘It’s not my headgear. It’s my religion.’”

She was known for her outspoken behavior. During the uprising in Egypt that same year, Salem participated in rallies in New York. “She was talking about democracy and fair elections. She was unapologetic. She challenged authority. She was not afraid of anyone,” reported Darwish.

Darwish said Salem was physically and mentally strong. Salem’s father worked as a driver and he was a boxer on the Olympic team for Egypt. He was known as the “Egyptian Magician.” He gained notoriety when an opponent died after a fight. Salem’s brother, Omar, followed in his father’s footsteps by becoming a professional boxer.

Darwish said Salem wanted to become a boxer too, and she worked out often. “She was very, very strong. It beats me how – it this was a murder – how any one could have killed her, because she was stronger than some men.”

Salem’s father described his household as a traditional home that revolved around physical fitness. “No drink, no hangout. Athletes all my kids.”

Since going to college, Salem pushed to exert her independence, according to friends. She longed to complete her college degree, become financially independent, and rent her own apartment. According to Darwish, it was not long ago that Salem had all her paperwork in order to drive for ride-share services including Uber.

Salem was an observant Muslim. During the final days of Ramadan, which is an intense period of prayer that ends the holy month of fasting. She kept her friends’ spirits up by joking and proposing dance breaks.

When the Asiyah Women’s Center opened in Brooklyn last year, she immediately volunteered. She stayed late to make the beds and put on the finishing touches before it opened its doors.

Salem took residence there herself for a few months late in 2018. The circumstances, however, could not be discussed by Darwish due to the shelter’s privacy policies. She was a beloved figure among the residents.

The shelter houses more than a dozen women. After Salem’s death, the shelter launched a crowdfunding campaign to create more services to support domestic violence victims in her name.

After her body was discovered, prayers flooded her family members’ Facebook pages. On Oct. 26, hundreds of people gathered for a funeral prayer service at the Muslim American Society Youth Center. Salem helped to arrange charity events there and participated in a breast cancer walk and was remembered for her energy and altruism.

Darwish said her friend’s memory will remain present. “She was always laughing. I can close my eyes and hear her laughing. She was very self-aware, she was very deep, but she was also fun, breaking into song and dance, always up for late-night diner runs, or binge-watching episodes of ‘Black Mirror.’”

Darwish recalled that Salem made the residents of the domestic violence shelter laugh. “Despite everything that she went through, she was always putting a smile on our face.”