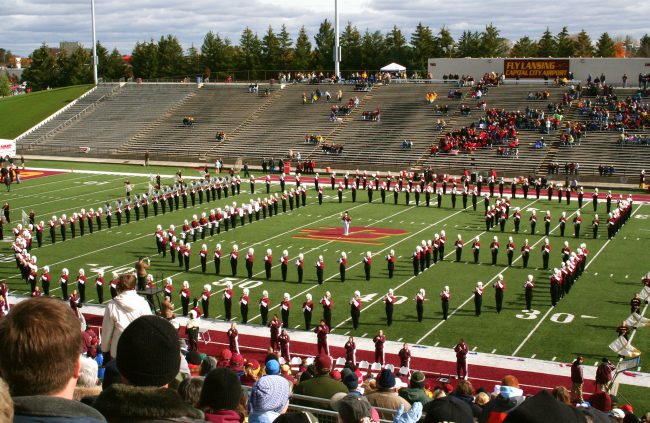 The beloved voice of the Central Michigan University athletic department on Wednesday, Dec. 4, 2019. The play-by-play broadcaster Don Chiodo was killed in a car accident.

The Central Michigan University alum spent years as the school’s announcer and was known as the “voice” of the Chippewas. He was killed in a two-vehicle crash west of Saginaw. He was 54 years old.

Chiodo spent 10 years with the Chippewa Sports Network as the play-by-play broadcaster for the school’s football and men’s basketball games. Additionally, he worked as a financial advisor for 15 years on the Mt. Pleasant Board of Education. He graduated from Central Michigan University in 1990.

The school’s student newspaper, Central Michigan Life, reported that Chiodo was traveling west on M-46 on Wednesday when his vehicle crossed over the center line, colliding with a truck. According to police, the accident remains under investigation. However, they do not believe speed or alcohol were factors in the crash. The driver of the truck was treated and released from the hospital.

The news of Chiodo’s death comes as the Central Michigan football team prepares to face Miami in the Mid-American Conference championship game on Saturday. This is the Chippewas’ first MAC championship appearance since 2009. The team finished the season 1-11.

Men’s basketball coach Keno Davis stated: “This is a very sad day for myself and for a great number of people connected to CMU. We miss him greatly and our thoughts and prayers go out to his family.”

Bob Davies, Central Michigan University president, posted on Twitter: “He was an honorable man and I have enjoyed getting to know. He was generous, compassionate and a faithful friend to many. He welcomed all into his circle. He will be remembered and missed.”

From 1996-99, and again in 2009, Chiodo was the host for the basketball pregame and halftime show. Additionally, he was the broadcaster for the Michigan Talk Radio Network, WNEM-TV, WTCM Radio, WPBN-TV, and WCEN Radio throughout the years.

Chiodo predicted the Chippewas to win the MAC football championship every year in the preseason media poll; he did it again this fall despite Ventral Michigan University’s 1-11 finish last year. Currently, they are one win from proving Chiodo right!