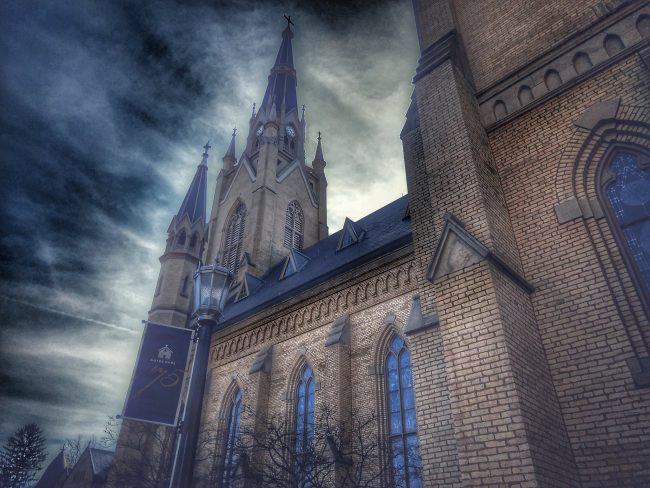 Former NFL player and college football standout, George Atkinson III, has passed away, according to several reports. He was 27 years old.

A cause of death has not been announced for Atkinson III. On Tuesday, Dec. 3, 2019, The Athletic reported that he had been battling with depression since his twin brother Josh committed suicide a year ago. Both were sons of Pro Bowl defensive back George Atkinson II. He played for the Oakland Raiders and the Denver Broncos over the course of his career in the NFL.

George Atkinson III and Josh Atkinson were part of the 2011 Notre Dame recruiting class. Atkinson III was a running back for the Fighting Irish from 2011 to 2013. He rushed for 943 yards and completed 10 touchdowns during his college football career. Josh was a defensive back over the same three years. He completed 10 tackles and appeared in more than a dozen games for Notre Dame.

Atkinson III continued his football career after college with the Raiders in 2014 and the Cleveland Browns in 2016.

According to Fox News, the brothers had it rough growing up. After his brother’s death, Atkinson III wrote a letter detailing their family life. In the letter, he revealed that their mother self-medicated with crack and he wrote that they had to move a lot because she could not pay the rent.

The two boys lived with their mother until they were 13 and their father took custody of them.

In the letter, Atkinson III, talked about his struggles with mental health issues and added that he would not be here without his young daughter.

“Without my daughter, I don’t know where I would be right now. She gave me that second wind of motivation.

“I went to seek help and spoke to a psychologist. I realized I had to let go of this ego that made me think sharing my feeling was showing weakness. Also, I had to learn to love myself.

“Like you, I am still struggling. My mother’s birthday just passed and I know the holidays this year won’t be easy. But I am trying to take life one day at a time.”