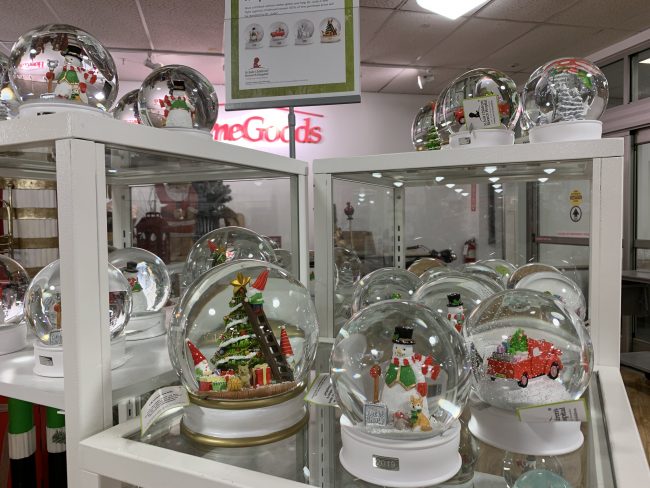 Since 2010, Home Goods has partnered with the St. Jude Children’s Research Hospital to help raise money to treat childhood cancer and other life-threatening diseases. This partnership includes not only accepting donations at store registers, but also selling limited edition products, including snow globes.

To raise money for the children this year, Home Goods has once more released four unique snow globes (better known as water globes in the advertisements). Not only does each globe feature a small plaque with the year on it, but there is one large globe and three smaller globes. The largest globe features elves decorating a Christmas tree. Then for the three smaller globes there is a scene with snow covered trees and deer, a scene with a red truck featuring holiday decor and gifts, and finally one with a snowman, shovel, and a cheery fox.

The limited-edition snow globes will not only make great gifts this holiday season, but will also help Home Goods to raise money for St. Jude. According to the signs posted at participating Home Goods, 50 percent of the price of these decorative globes will be donated to the research hospital. The three smaller snow globes will cost approximately $15 each, while the largest one is $20 each.

While the signs indicate that these limited-edition globes will only be at participating Home Goods stores, they will likely appear in most locations.